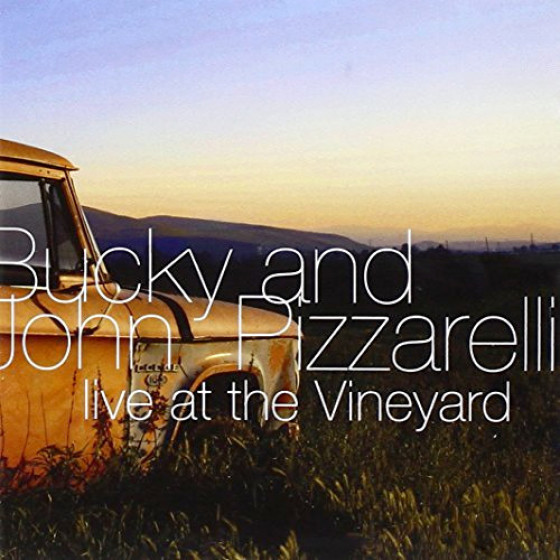 Live at the Vineyard

"This 1987 concert at New York's Vineyard Theatre pairs two fine guitarists, Bucky Pizzarelli and his equally talented son, John Pizzarelli. The two players fit effortlessly hand in glove, no matter who is soloing at a given time, as they work their way through classic standards ("Three Little Words"), jazz classics ("Do Nothin' Till You Hear From Me"), pop favorites ("Route 66"), and creative medleys (such as the combination of the famous movement from Rodrigo's "Guitar Concerto" with Chick Corea's "Spain"). John Pizzarelli also adds warm vocals to several tracks. Concert and recording producer Richard Sudhalter also contributed the enlightening liner notes, most of which is a transcript of a compilation of interviews done with both musicians at the time of the performance and some eight years later. With the CD cover declaring it to be a limited edition, it is well worth making a high-priority purchase."