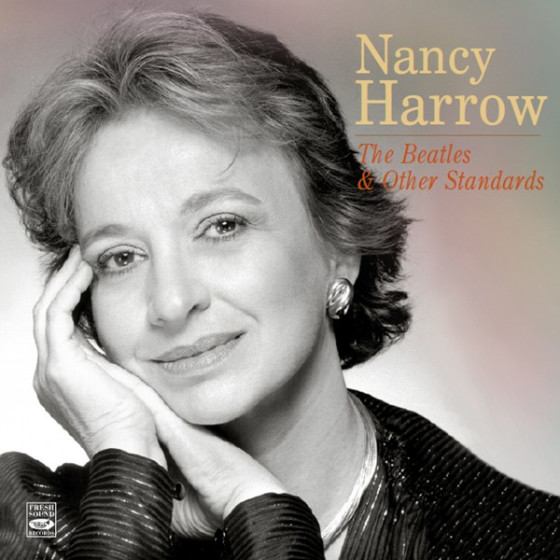 The Beatles & Other Standards

In this group of a dozen songs spanning more than half a century, Nancy Harrow demonstrates her ability to absorb the essence of the most valuable popular music from any era. She concentrates on pieces that helped the Beatles become one of the best-known bands in the world and leavens the collection with standards by master songwriters who have enriched the lives of generations. Classics by Victor Young, Jerome Kern, Johnny Mercer and Victor Youmans share the album with familiar works by Lennon, McCartney and Harrison.

Ms. Harrows collaborators are among the busiest members of the New York community of world-class jazz musicians in the late twentieth century. Roland Hanna, George Mraz and Grady Tate form the all-star rhythm section, with valuable assistance from percussionist Arto Tuncboyaciyan. This is one of Nancy Harrows most endearing and imperishable achievements.

"This new release from Fresh Sound is the first international issue of this 1989 CD. It was only issued in Japan originally and soon became their favourite Harrow disc. It still is. Nancy sings some sturdy standards by the likes of Kern, Youmans, Victor Young and Johnny Mercer and does well with all of them. Im not convinced that the Beatles tunes suit her or that she does much with them here. Yesterday works well but she sounds happier with the old Yesterdays. The notes tell us that her sons were not happy with their mum doing Beatles songs because they didnt think a jazz singer should tackle them. They might have had a point. She sounds good on Harrisons Something but the others leave a little to be desired. Got To Get You Into My Life receives a bleak treatment as Nancy had inside knowledge that McCartney wrote it after being introduced to cannabis! Not just a typical love song then?

The singer is in good voice on Nature Boy and When The World Was Young and she provides a warm ballad reading of More Than You Know. Support is steady and unobtrusive by Hanna and the first-class rhythm section players but the material doesnt perhaps show Nancy Harrow at her best. Easons flute, sax and clarinet backings are very well structured and help to raise the rating."