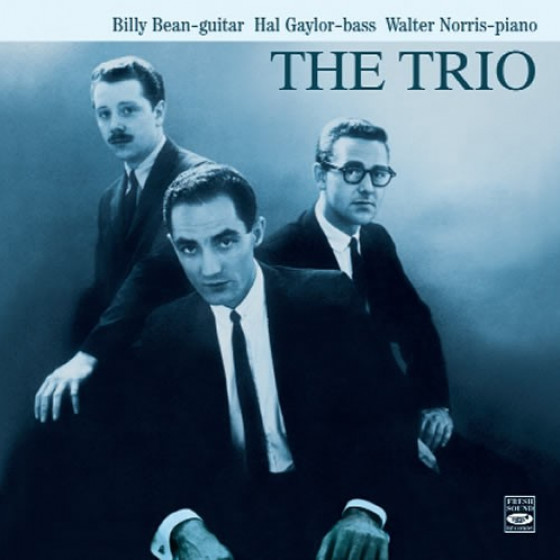 The Trio is one of those comparatively little-known albums still revered by aficionados as a gem of its kind. Originally conceived by Hal Gaylor (born 1929), it combined his considerable powers as a bassist with the remarkable talents of guitarist Billy Bean (1933-2012) and pianist Walter Norris (1931-2011) in a trio that was musical democracy at its most fluent and creative.

United by this interactive credo, they released only one album the eponymous The Trio in the groups sadly brief life, although the bonus tracks here (9-14) appeared later. Bean, with his inventiveness, lyricism, his harp-like tone, accuracy and speed, was in magisterial form, aided and abetted by Norris, a truly gifted improviser and accompanist who spent most of his subsequent career in Germany, and Gaylor, the fulcrum round which the groups engaging interplay swirled and developed. The guitar-piano-bass setting has a long and honoured jazz lineage, beginning with the Nat Cole Trio and continuing with Art Tatums, the Oscar Peterson-Barney Kessel/Herb Ellis-Ray Brown lineups and the memorable Jim Hall-Carl Perkins-Red Mitchell and Hall-Mitchell-Red Kelly groups. This one is right up there with the best of them.

"Guitarist Billy Bean is best known for his work with fellow six stringer John Pisano, but for a short while in 1961 and on he lead a drumless trio with Hal Gaylor/b and Walter Norris/p. Jazz aficionados of guitarists have been looking high and low for this session, and for good reason. The interplay and smooth swing on material like Carl Perkins Groove Yard as well as a nice bluesy Lands End dig into your viscera. Subtle dexterity abounds, as on Scramble and on a lithe and suave All of You. This one is going to be on your play list for a LONG time!"