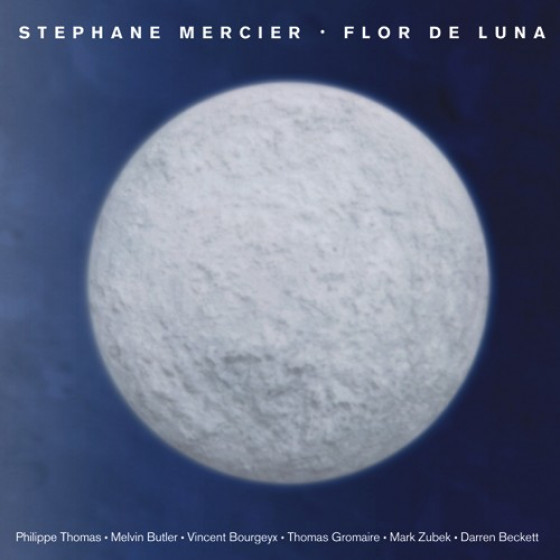 Mercier entered the American jazz scene in 1992 when he moved from Brussels to Boston. Since then hes straddled both sides of the Atlantic touring and residing in North America and Europe. This recording finds the saxophonist ensconced in the Big Apple and collaborating with an international cast of sidemen with whom hes worked since his first days in America. Only his musical breadth supercedes this geographical sophistication. Merciers experience runs the gamut from rock to avant-garde and hip hop to Brazilian and African grooves. Flor De Luna reflects this wealth of influences and offers a diversity of sounds and formats that work well together.

The improvisation on the opening track, Night Meanderings, captures in one song the spectrum of styles on the rest of the album. Mercier initiates the proceedings with lines that ring familiar to ears tuned to a mainstream sound: fast angular runs; a flowing development of ideas; and dynamic range--he drops occasionally from the mid-upper reaches of his horn to deliver a brief, low honk. In stark contrast, guitarist Gromaire cranks out what constitutes essentially a rock solo. Bourgeyxs pulsating voice on Fender Rhodes adds yet another--funky--layer. The remaining tunes on the disc accentuate aspects of this microcosm. On a number like Fits and Starts the ensemble opts for a traditional arrangement with Mercier, Thomas and Butler comprising a three-horn frontline and blowing in the pocket solos. On Half Moon and its complement, Fool Moon, Mark Zubeks heavy riff punctuated by Bourgeyxs pumping accents pave the way for Gromaires protracted carpet bombing that recalls Hendrix or Page rather than Kenny Burrell or Wes Montgomery.

A lot transpires on Flor De Luna in less than 45 minutes. Some highlights include the all-horn trio format of the gorgeous title track that invokes a vaguely hymn-like sensation; the leaders flute pulses on the Moon series that add subtlety to the grinding riff; and Darren Becketts insistent hammering that provides a heavy groove to the session. Check out also the brief exchanges on WGZFM among the horns and later drums that supplant extended extemporization and Philippe Thomas feature position on Avenue A where the trumpeter controls both the melody and solo spotlight. These touches distinguish Stephane Mercier as an emerging innovator in contemporary jazz. Give Flor De Luna a spin and youll discover other gems for yourself".

"Stéphane Mercier, a Belgian-born, New York-based alto saxophonist and composer, makes a strong showing on this all-original disc. His music, brought to life here by an eight-piece band, is enormously complex yet irrepressibly playful and funky. Pianist Vincent Bourgeyx doubles on Rhodes and Hammond organ, and guitarist Thomas Gromaire provides just the right amount of warped rock & roll excess. Tenor saxophonist Melvin Butler and trumpeter Philippe Thomas join Mercier to complete the horn section, while bassist Mark Zubek, drummer Darren Beckett, and percussionist Renato Thoms fill out the rhythm section. Leading off the disc is the toe-tapping funk of "Night Meanderings," followed by the frenetic odd meters of "WGZFM." The attention-grabbing play list continues with "Half Moon," a pounding half-time rock groove that returns later as "Fool Moon." The title track, an elegant and brief horn chorale, sets up the highly involved swing chart "She Sells Sea Shells." Onward with the equally inventive "Fits and Starts," with an overdubbed flute background and subtle organ comping, followed by Gromaire's "Avenue A," a sensual tune in a kind of Caribbean 12/8 (and the only track not written by Mercier). The romantic "Samsara" and the previously mentioned "Fool Moon" close out the record, the former giving bassist Zubek a chance to solo. Zubek's hearty sound plays a big role on this superb yet peculiar album, which is similar in spirit to his own Horse With a Broken Leg."