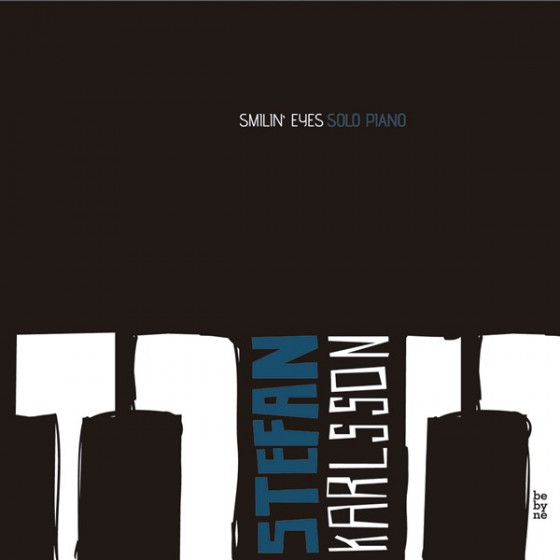 Smilin Eyes is the first solo piano album recorded by Stefan Karlsson. A solo performance, it is for a pianist like his footprints. Karlssons soul and strength are shown here with no interference or protection of a group.

Not many jazz pianists have the ability of maintaining the interest and intensity over an hour of a solo piano performance. Stefan Karlsson not only achieves that, but creates a warm atmosphere along the album, showing a wide palette of resources and colors.

He uses the standard repertoire as a tool to express his personal voice. We can always feel the roots of the jazz idiom in his music. Long lyrical melody lines combined with the bebop phrasing (I Thought About You), the modal improvising (It Could Happen to You), the inventive voicings and fresh re-harmonizations (Darn that Dream), the deftly executed gradations of touch on the keyboard (My One and Only Love), the winks to the Classical literature (All The Things you Are), combined all together with an amazing imagination on the treatment of the form.

Smilin Eyes is a masterpiece that consolidates Stefan Karlsson as one of the strongest pianist of the international jazz scene.

Stefan Karlsson was born and raised in Vastervik, Sweden. After high school he moved to the United States on a scholarship to study at the University of North Texas. He graduated in 1991 with a Masters Degree in jazz studies.

In 1990, Stefan signed a three-CD recording contract with Justice Records Houston, Texas. His latter two recordings were a great success on the national jazz radio charts, GAVIN and R&R, with a first place, on both charts, for his second release The Road Not Taken. Stefans fourth release, Live at Vartan Jazz, was recorded in 1997 by Vartan Jazz Records in Denver, Colorado. The album is a live recording and features bassist Eddie Gomez and drummer Eliot Zigmund.

Over the years, his music has also been featured on the television series Melrose Place, Party of Five, Wings and Homicide.

After having resided in Denver, Colorado (1991-1994) and in Las Vegas, Nevada (1994-2002), fulfilling his duties as Coordinator of Jazz Studies at UNLV, Stefan is currently a professor of music in the University of North Texas jazz studies division. Stefan stays active playing at festivals, clubs and conferences worldwide as leader and sideman. His discography includes 63 recordings with eight CDs as leader.

Stefan has had the opportunity to travel the globe performing in concert halls, festivals, clubs, and doing clinics at conferences and universities. Internationally, his travels have taken him throughout Japan, Scotland, Italy, Spain, France, Sweden, Finland, Mexico, Germany, Korea, and Australia.


Karlsson o"ers a profound taste of carefully crafted phrases... He is a pianist with great sensitivity and a huge capacity.


The thrilling excitement, which I used to feel, when I played with Bill (Evans) comes alive when I am playing with Stefan. He is a pianist who is absolutely bound to receive much attention.


Karlsson avoids being totally predictable. He does not limit himself to the most obvious and overdone standards. Karlsson, God bless him, actually bothers to do his homework.


His broad use of the keyboard and full sound are out when he works with the rhythm section... An adventurous route that is not marred by too often traveled ruts-refreshing.


The European Fake Book Over 100 of some of Europes Best jazz writers, including: Stefan Karlsson