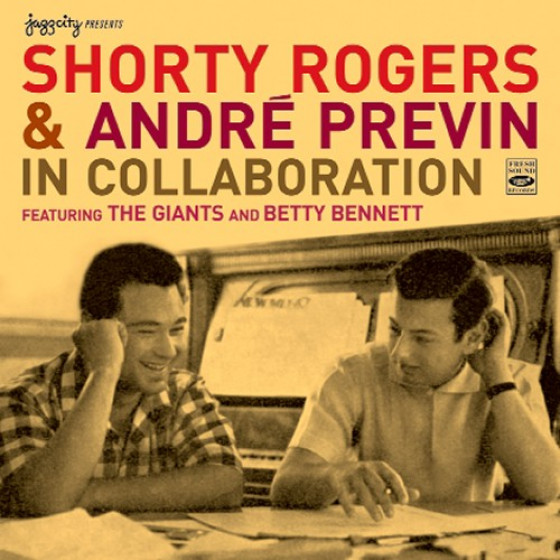 In Collaboration · Feat. The Giants and Betty Bennett

This is a really unusual and outstanding album. It presents two of the most celebrated and creative personalities of the Hollywood jazz and studio fields in collaboration. In the early Fifties, trumpeter, bandleader, composer and arranger Shorty Rogers was the head of the flourishing West Coast school of jazz, and André Previn was one of the most gifted pianists, conductors and composers of the scene; he wielded an awesome command of almost every kind of music. In addition to writing the challenging instrumental sides, they also wrote together the scores for Andrés wife Betty Bennett, a respected well-known jazz & pop singer who never had had a chance to show how she really sanguntil Shortys Giants backed her, that is.