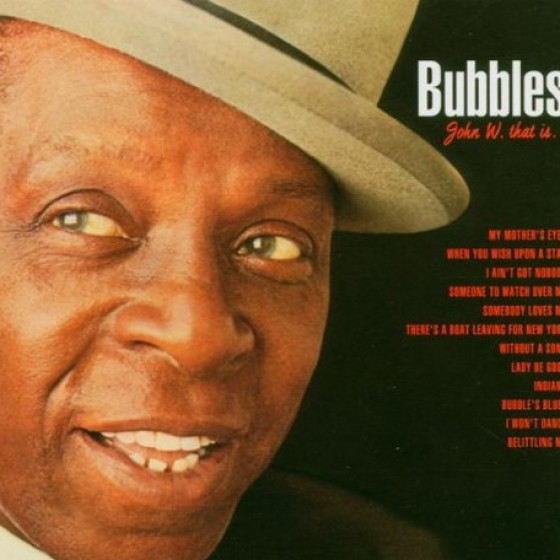 "John W. Bubbles, who has already spent half a century as one of the all-time greats of show business, is launching a whole new career as a recording star. Bubbles has been around a little longer than, say, Elvis Presley or Johnny Rivers. Longer probably than almost anyone in the business, except maybe Bing. But there's a special brand of springtime in his larynx, a young-at-heartiness that makes me feel like I just played the Palace all over again.

I've learned a thing of two from Bubbles myself. Like, for one thing, that it isn't as easy as it looks when he does it. Bubbles originated the part of "Sportin' Life" in George Gershwin's "Porgy and Bess" They tell me Gershwin wrote the part with Bubbles in mind. Personally, I always thought he meant it for Crosby, but hired Bubbles because Bing was too old for the part, despite the obvious type casting. On this album, Bubbles sings many of the great songs I've heard him sing beforeÐon minstrel shows, in vaudeville, in movies, and on his many current television appearances. I thank him for the memories."

By BOB HOPE (extract from the CD liner notes)