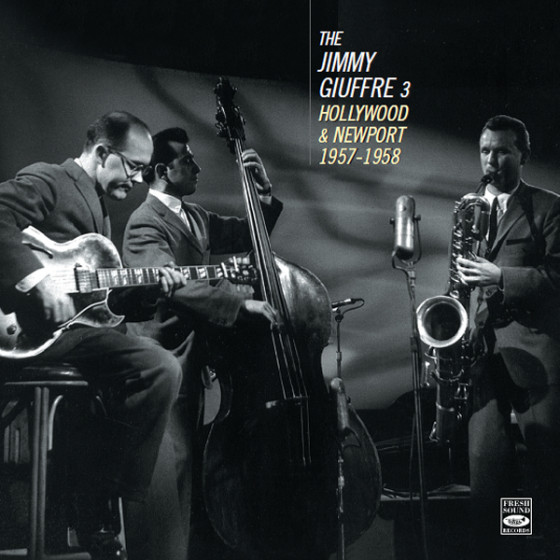 In 1956 Jimmy Giuffre went out on his own, forming the Jimmy Giuffre 3 with guitarist Jim Hall and bassist Ralph Pena (later Jim Atlas). Giuffre had a minor hit with his recording of "The Train and the River," a song that he played during his notable appearance on the 1957 television special The Sound of Jazz. In 1958 Giuffre had a most unusual trio with valve trombonist Bob Brookmeyer and guitarist Hall (no piano, bass or drums!), appearing in the movie Jazz on a Summer's Day.

The music on this CD, taken live from the "Stars of Jazz" KABC TV-show and from the Newport Jazz Festival, is for enduring value, and fully demonstrates the talented writing of Jimmy Giuffre. He has always been an intensely stimulating player.

"In Jimmy Giuffre’s words “the music here is a near equal mixture of writing and adlibbing. There is a folksy, bluesy, down-home, natural, funky air about all the tunes.” A lot of Giuffre’s musical feeling came from the work he’d done with his horns, Jimmy’s distillation of the tones on the reed instruments he played —the clarinet, tenor and baritone saxophones— often startled listeners on first hearing.

“The only reason I’m in music” he believed, “is because I like the sounds.” As fate would have it, he met Jim Hall and his sensitive, amplified guitar, and Ralph Pena, with his big-toned bass. “It could have been two instruments, but the important thing was I found two men who thought my way. So, that’s how the trio was.”

The later substitution of bass for Brookmeyer’s trombone, not only enlarged an already remarkably full texture, but opened a formerly tight and self-limiting structure into a free and widening one; the lack of time-keeping (except occasionally from Jim Hall’s guitar) was no loss, but a release in almost every respect.

“I feel that our best music is the original music that comes out of the trio,” Giuffre mentioned. These live recordings have lasting value and demonstrate both Jimmy Giuffre’s talented writing and how intensely stimulating he was as a player."

—Jordi Pujol (From the inside liner notes)