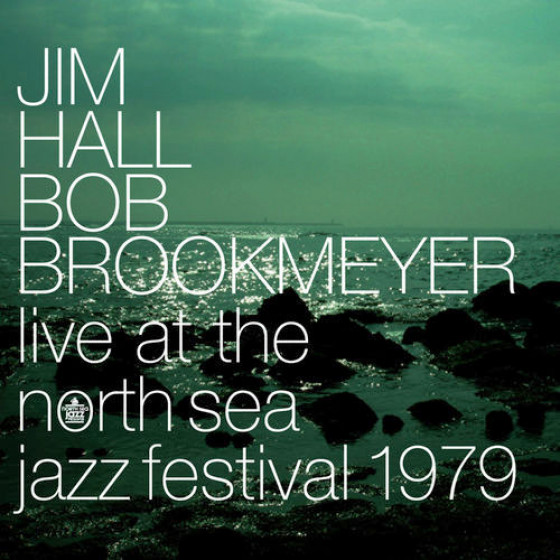 There are many typical duo configurations ’piano and bass, piano and guitar, guitar and bass’ and many outstanding duo recordings in the jazz archives, but the joining of Jim Hall on guitar and Bob Brookmeyer on valve trombone is far from typical. The challenges of performing in a jazz duo ensemble are tremendous, and the exposure is absolute – there’s simply nowhere to hide. But that doesn’t seem to bother these two, and they don’t try to make it easy on themselves either.

Sometimes duo partners do little more than accompany or comp for one another while swapping endless solos. Not Jim and Bob. Instead, in the true spirit of ensemble playing, both are equal  partners in producing the music. On this disc Challenge Jazz presents more than 70 minutes of their concert at The Hague in 1979, and this – something of a time capsule – is all that remains of their initial collaboration efforts. Both artists agree that this is a good representation of what they sounded like then, ”then” being the operative word. The true nature of jazz is one  of continuous evolution and both artists have continued to forge new directions in the intervening years. Nevertheless, the music they made 20 years ago still stands strong; and passing the test of time is, after all, one of the true indicators of a ”classic”. The affinity of these two creators allows them to conspire and to  compose with humor that will tickle your ears and warmth that will  touch your heart.

Both artists were conservatory trained (Bob at the  Kansas City Conservatory and Jim at the Cleveland Institute of Music),  and today both are known as composers and orchestrators as well as jazz  innovators.Jim and Bob avoid the usual cliches, drawing instead on their  compositional skills.Bob Brookmeyer and Jim Hall share a rare and enduring musical  relationship. Bob Brookmeyer composed a symphonic piece  featuring guitar which Jim performed with the Stockholm Radio Symphony  in 1984. And in the early 1990s Jim asked Bob to play a couple of  duets with him at the Jim Hall Invitational, a concert that was  recorded live at Town Hall in New York City. Luckily, some of these  performances, like this one at the North Sea Jazz Festival, were  recorded for future listeners.

-Devra Hall (From the inside liner notes)

"Released for the first time on this 1999 Challenge CD, this live set features the unusual duo of guitarist Jim Hall and valve trombonist Bob Brookmeyer, two-thirds of the 1957 Jimmy Giuffre Three. Although there are occasions when one of the musicians accompanies the other one, much of the time Hall and Brookmeyer function as equals, improvising together on a set of standards plus an ad-lib blues called "Sweet Basil." Their ability to improvise while thinking of the whole picture and their knack for spontaneously harmonizing really come in handy during this intriguing and frequently exciting outing. Among the selections reborn in the playing of Hall and Brookmeyer are John Lewis' "Skating in Central Park," "Body and Soul," "Darn That Dream," and "St. Thomas." A successful effort that should not have taken 20 years to release."