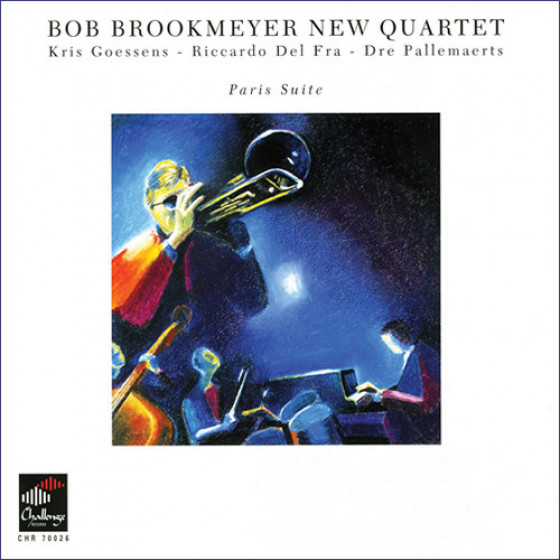 "The last thing I wanted was to have a band - I am busy guest conducting in Europe, composing and in 1996 become Chief Conductor of the Danish Radio Big Band. However, while living in Holland and teaching at the Rotterdam Conservatory, I heard (and taught) an exceptional young pianist, Kris Goessens. He and I began playing duo, for fun, in late 1992, and I found in him a partner with the almost magical ability to relate to another player, something I hadn't experienced since my year with Jim Hall in 1979. We wound up in Paris the next year and succeeded in making it work, for us and the audience. We then played with Dre and Riccardo and said 'OK, we'll make a band' - this recording was the first time we actually performed together, and since then we have grown with every concert. Kris and I contributed most of the music, with Chaconne by Henning Berg the lone exception. He is a member of the West German Radio Band and this piece ame from a '2 Man Show' we did in 1988. It is also an indication of our future. More electronics, more theater and more experimentation will follow. As I said, I really hadn't planned on having a band, but I am very glad that I now have one..."

"Veteran valve-trombonist/composer Bob Brookmeyer has not recorded many small group dates during the 1980s and '90s, making this Challenge CD with a young European rhythm section (pianist Kris Goessens, bassist Riccardo Del Fra and drummer Dre Pallemaerts) a bit special. Brookmeyer plays eight obscurities (four by him and three by his pianist) that are complex, harmonically advanced and yet still able to be swung. Well worth searching for."