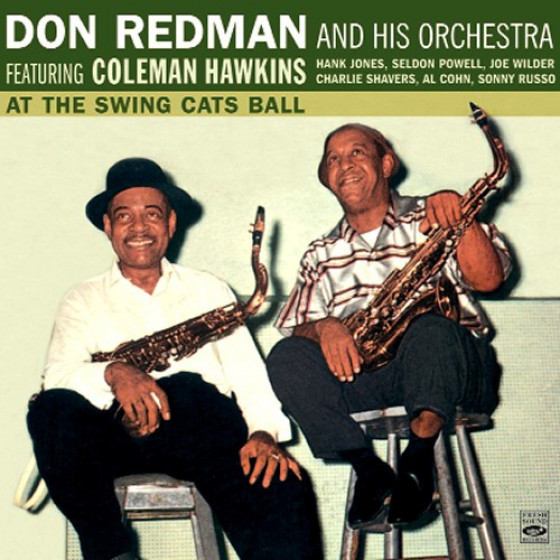 Don Redman has been one of the most influential people in the development of swing and the proliferation of big band jazz during the 20's and 30's. He actually was the first musician in jazz's history to write complex arrangements for big orchestras.

This album was never released commercially, the music in this CD is a compilation of two sessions recorded in New York in 1957 for use at broadcasting stations. The first one has many song composed by Don Redman. The formation playing is variable but well balanced and includes great musicians as Joe Wilder, Seldon Powell and Coleman Hawkins who leaves his unique style. For the next session, Redman gathered a true big band. This time he had the collaboration of a few composers, most of them little known, taking care himself of alla arrangements and also participating as a musician. We can hear again Coleman Hawkins, Joe Wilder and Seldon Powell joined by Charlie Shavers and Al Cohn.

All tracks were originally published on Sesac Recordings
Never commercially released in his time, only for use at broadcasting stations