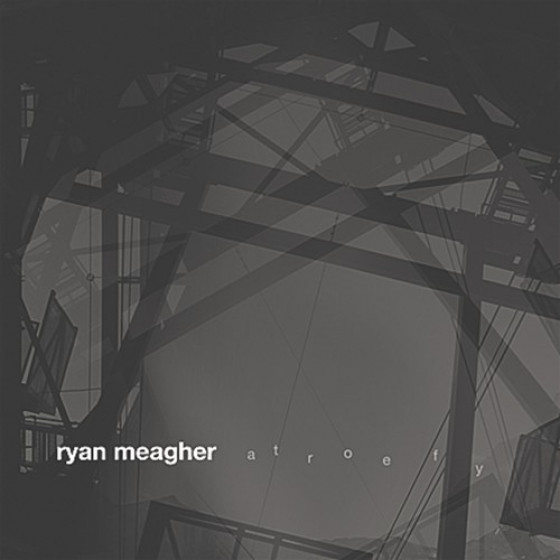 Ryan Meagher is very forward thinking with his music, but has certainly gained a lot of knowledge about the history and tradition of jazz music through his many prestigious teachers. Some of these teachers include modern jazz stalwarts like Kurt Rosenwinkel, Ben Monder, Steve Cardenas, and Peter Bernstein. Or players from a different generation such as well-known jazz educator, Mark Levine, post-bop guitar legend Kenny Burrell, Latin jazz giant Poncho Sánchez, and the renowned Heath Brothers.

This album represents one of Ryan's current leading projects, a band consisting of some of New York's most sought-after up-and-comers: Loren Stillman on alto sax, Matt Renzi on reeds, Geoff Kraly on electric bass and Vinnie Sperrazza on drums, make up the musicians who work with Ryan on this "Atroefy" project. In his own words: "Modern Jazz for the Indie Rocker. Serious music with real emotion."

All tracks composed by Ryan Meagher

Recorded at Skyline Productions, on August 26, 2007

"Definitely one of the more promising young musicians I've come across."

"[Ryan at 16]...has an incredible sense of the blues for a youngster."

"Cynicism and disillusionment can lead to insular inspiration beyond the pale, which is where guitarist Ryan Meagher finds his voice. A self-proclaimed restless soul who finds little interest in New York City neo-bop as mined by countless others, the title Atroefy (spelled incorrectly on purpose) speaks volumes of Meagher's disinterest in making, as he describes it "sensitive, thought-provoking modern jazz,." Feeling that vein has been well-mined with resulting minimal record sales, the guitarist/composer and his twin saxophone led quintet choose rock rhythms and impalpable melody lines that are difficult to grasp initially, yet over time reveal a truly intellectual approach within grungy parameters. Featuring Loren Stillman on alto sax and Matt Renzi playing tenor, Meagher has the tools and power to construct skyscraper lines that extend into that misanthropic world of acumen where poetry meets gothic novel. Stillman and Renzi are very gifted players whose tandem sound easily approaches that of Chris Potter and David Binney, or Donny McCaslin in their sweet/sour approach. Electric or acoustic bassist Geoff Kraly sets a craggy-edged tone that on occasion takes the lead, while drummer Vinnie Sperrazza rivals Bad Plus drummer Dave King in his abject refusal to swing. Where Meagher's sound lies is just on the edge of a precipice without being overtly snarly or even edgy, but it is differently hued and strikingly attractive in a darker facade. The last track, "Re: Creation," contains the music Meagher says is the focal point where everything else stems from. It's a stomp-down tune with Renzi's clarinet circling the rest of the band as they collectively rant and rave. Meagher's rolling and rambling guitar on "Divided Road" really hits home in his and the saxophonist's approach at paradox within split infinitives, while mixed meters in a groove sauce, sped up and slowed down at will, buoy a most elusive, mercurial melody line during the hard-to-swallow "A Familiar Farewell." Potter and Binney's tandem signature is all too evident for "Downers" about a deeply depressed friend in a modal modern blues tack, while the slower "Can't Complane" (again spelled wrong by design) has the two saxes singing on a track that admittedly reflects Meagher's Nirvana-cum-Bad Plus jones. Dedicated to the small town of Republic, WA, "Republic" has only the slightest patriotic overtones in its smallish melody and slow rock beat, with Meagher playing acoustic guitar, while "Poetry in Motian" is for/not for Paul Motian, nicely rendered in 7/8 time. Within this cornucopia of music rather than a microcosm or broadly stroked artful painting, Atroefy might suggest a still-birth of this highly personalized style of sonic-hedgehog progressive music, but closer listening reveals there's so much going on in a fertile and imaginative mind beyond raw emotions that need to be nurtured and encouraged. Meagher is concerned about being trapped in so-called contemporary jazz music that only sells to 31 people...let's up the ante on both counts."