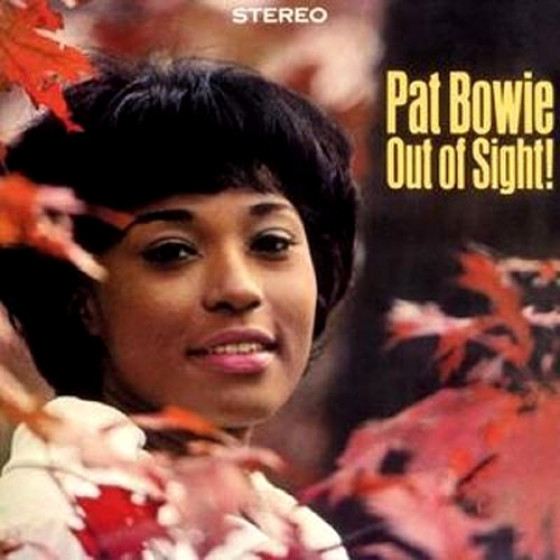 Includes both of the complete Prestige albums "Out Of Sight!" and "Feelin Good!" the only two albums in singer Pat Bowies discography, included here in their entirety and for the first time ever on CD. Featuring Charles Mcpherson, Kenny Burrell, Tommy Flanagan and Ray Bryant.

After such a promising start, Pat Bowie would never make another record, at least according to discographies. These two albums never really became classics, as such -but with the superb musicians present, and Bowies individual approach there is much for the jazz enthusiast to enjoy here.

"While the style and scope of Pat Bowie's Prestige label debut positions the singer as a jazz act, her vocals boast a soulful edge that plainly suggests the influence of R&B --if anything, Out of Sight! fails to properly exploit the full extent of her talents, relying too much on familiar ballads and standards instead of more contemporary and complementary material. That being said, this is still a lovely record, with nuanced small-combo backing from guitarist Kenny Burrell, pianist Ray Bryant and tenor saxophonist Seldon Powell buoying Bowie's lithe interpretations of songs like Cole Porter's "What Is This Thing Called Love?" and "Get Out of Town."

"Like its predecessor Out of Sight!, Feelin' Good saddles Pat Bowie with a collection of predictable standards that compromise the singer's distinctly modern and hip approach --unlike its predecessor, the session features contributions from altoist Charles McPherson, one of his few dates in support of a vocalist. McPherson's rich solos ripple below the lyrics, caressing the contours of Bowie's voice --pianist Tommy Flanagan, bassist Al Hall and drummer Osie Johnson further underscore the set's moody, spacious approach, updating chestnuts like "Summertime" and "They Can't Take That Away from Me" with style and sophistication."

Both reviews by Jason Ankeny -All Music Guide