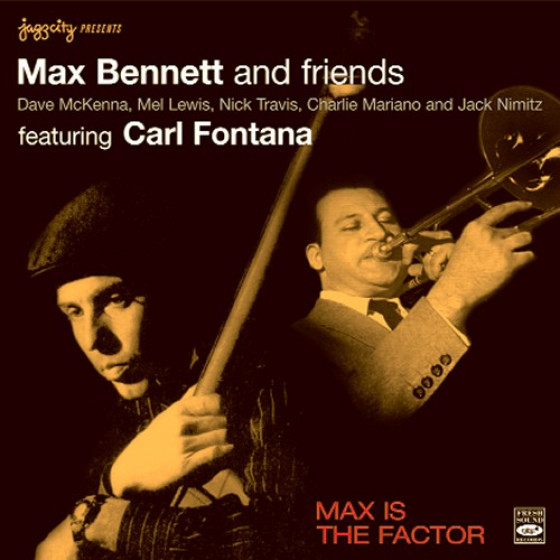 Max Bennett is a superior bassist and expansive musician, a man of many talents. He has always surrounded himself with the top-flight Los Angeles musicians, the better to enhance his own creative artistry. However, this early recording, the second he did as a leader, took place in New York when he was with the Stan Kenton band touring the East Coast during the fall of 1955.

It was done in two long sessions on December 14, when Max put together a rhythm section including himself, the two-fisted piano of Dave McKenna and the precise timekeeping of Mel Lewis on drums. The three men are not only heard here as a trio, but also providing the solid rhythmic support of asextet including Nick Travis, Charlie Mariano and Jack Nimitz, and a quartet that showcases Carl Fontanas master trombone work. As for Bennett, hearing the way he employs the vernacular of the trade he represents so well, we are sure you will agree that Max is the Factor.