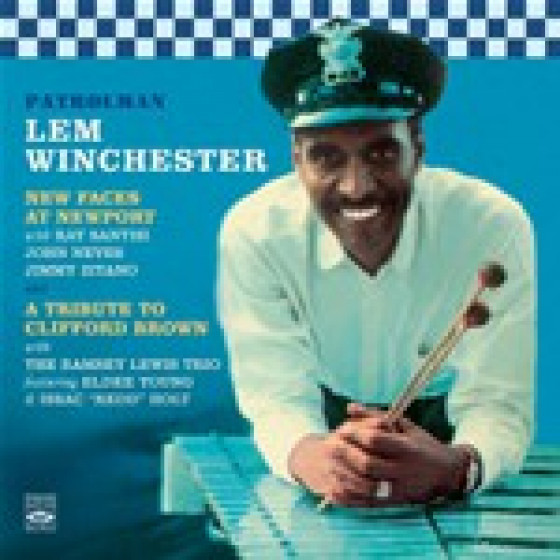 Patrolman: New Faces At Newport + A Tribute to Clifford Brown (2 LP on 1 CD)

Active for some years as a semi-professional jazz vibist, Lem Winchester, a police officer in Wilmington, Del., was largely unknown when jazz critic Leonard Feather first heard him in 1958 and brought him to the Newport Jazz festival that year. There, his stellar performance astounded audiences, musicians and critics alike.

Issued as part of the album New Faces at Newport, it opened up for him the prospect of a career in jazz. Backed by Ramsey Lewiss well integrated trio, he made his first record as leader a few months later, working beautifully with Lewis on the tribute album to the late trumpeter, Clifford Brown, a boyhood friend of the vibist, included here.

As a cop, however, Winchester was violating police regulations by working as a weekend musician in his home town and in Philadelphia jazz spots. So, having recorded few highly praised albums, after eleven years of trying to decide between pounding a beat and keeping one, he turned in his badge and gun in the summer of 1960 and joined the jazz fraternity full time. Unfortunatelyand ironicallya few months later he shot himself in a tragic bit of pistol horseplay in an Indianapolis club.

Note: You can find Side A of the album New Faces at Newport included on the CD Randy Weston Trio and Sextet (FSRCD 433)