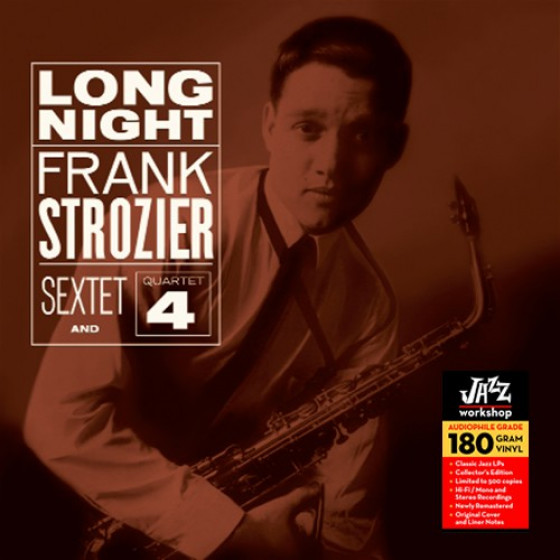 "Frank Strozier never had a problem diving into an aggressive, exuberant blowing date, but Long Night isn't that type of album. Produced by Orrin Keepnews, this 1961 session finds the big-toned alto saxophonist being especially pensive and lyrical.

"Pacemaker," a Strozier original, is fast and exuberant, but the tune isn't typical of Long Night on the whole; on most of the material, Strozier is taking some time to reflect. And the saxman (who was only 24 when this LP was recorded) is in a reflective mood whether he is embracing his own compositions or interpreting pre-rock pop songs that include "How Little We Know," "The Man That Got Away," and "Happiness Is a Thing Called Joe." Thankfully, Strozier is blessed with an insightful team who appreciates and understands what he is going for - a team who includes tenor saxophonist George Coleman, baritone saxophonist Pat Patrick (who is best known for his association with the Sun Ra Arkestra), pianist Chris Anderson, bassist Bill Lee, and drummer Walter Perkins.

Leading a cohesive three-saxophone sextet gives Strozier a chance to put his skills as an arranger to use, and he gets an honest-to-God group sound; again, Long Night is hardly a run-of-the-mill blowing date. But at the same time, Strozier doesn't over-arrange - there is still plenty of room for the soloists to stretch out and say what needs to be said. Actually, only half of the LP's eight selections are sextet performances; on four tracks, Coleman and Patrick lay out and give Strozier a chance to lead a quartet. But whether he is leading a quartet or a sextet, Long Night is one of Strozier's most well-planned, well-thought-out albums - the alto man knows exactly what he is doing on this excellent, if overlooked, LP."