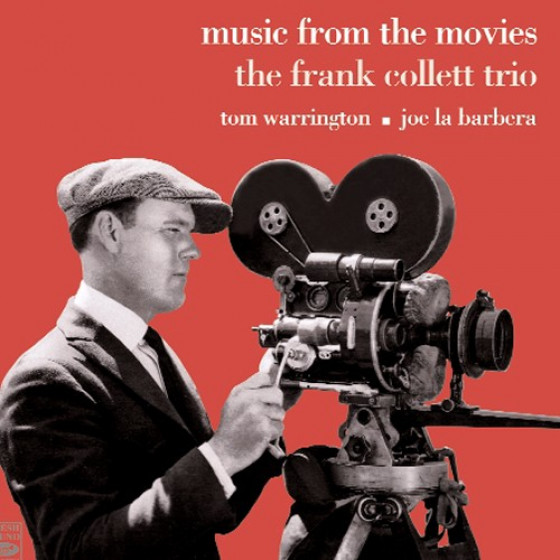 Music From The Movies

This album features Frank Collett in his first recording since The Film Music of Bronislaw Kaper which received unprecedented reviews. In this performance, he gives his own special treatment (with Tom Warrington and Joe La Barbera ) to fourteen tunes, all of which were written specifically for the films in which they appeared. Says Collett: This album is definitely up to my Kaper standard.

"In another delightful taste of the classic trio setup, producer Dick Bank reunites pianist Collett with Tom Warrington (bass) and Joe La Barbera (drums) for a trawl through Hollywoods musical past. Much of the repertoire is familiar; Tinsel-town has generated its share of standards. But theyre refreshed by the vigorous, beautifully crafted workouts the trio give them, and theres a real snap about the way they approached the least remembered pieces, such as A Gal in Calico, Its a Most Unusual Day and Colletts elegant thanks for the Memory. And he serves up three gorgeously delineated solo pieces in Laura, At Last and Taras Theme. The exhaustively researched booklet about the origins of each song, buttressed by Colletts comments on the music, is a movie buffs meat and drink."