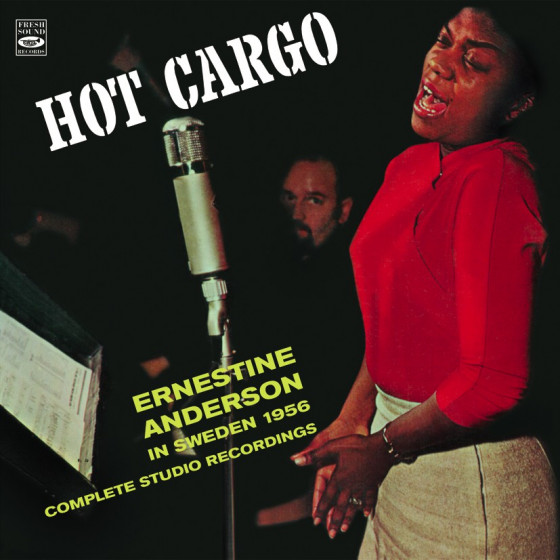 Although Ernestine Anderson had toured with moderate success in the bands of Russell Jacquet, Johnny Otis, and Lionel Hampton, and had been heard very briefly on a Gigi Gryce LP, she was more or less an unknown in the States until, in the spring of 1956, the Swedish trumpeter Rolf Ericson asked her to join a combo he was taking over to tour Scandinavia. With them were Cecil Payne, Duke Jordan, John Simmons, and Art Taylor.

Ernestines debut was a musical landmark. She was an overnight sensation, and soon she recorded a 7 EP accompanied by Duke Jordans trio. When the tour was over she decided to stay three more months, making several recordings, in which arranger and conductor Harry Arnold used a great variety of backgrounds that deftly enhance Ernestines fascinating voice. Ernestine presents Love for Sale, Ill Wind, My Man, and other evergreens in a torchy repertoire never before treated so knowingly. Full and expressive, her voice is an instrument that creates truly inspirational music.

Ernestine Anderson sings in all tracks backed by

Harry Arnold and His Orchestra

"In these 1956 sessions, Andersons early singing has lost none of its naturalness, musicality or appeal. Her accompaniments by Harry Arnolds big band and Duke Jordans trio sound equally fresh. I wrote earlier that this was one of the best vocal albums of the 1950s. I am revising that assessment. It is one of the best vocal recordings of the last half of the twentieth century. Swedens Metronome label originally released this perennially new collection as 'Its Time For Ernestine.' Mercury issued the LP in the US two years later and called it 'Hot Cargo,' despite the disapproval of its producer, Börje Ekberg, and Anderson. Whatever the title, it is still time for Ernestine."