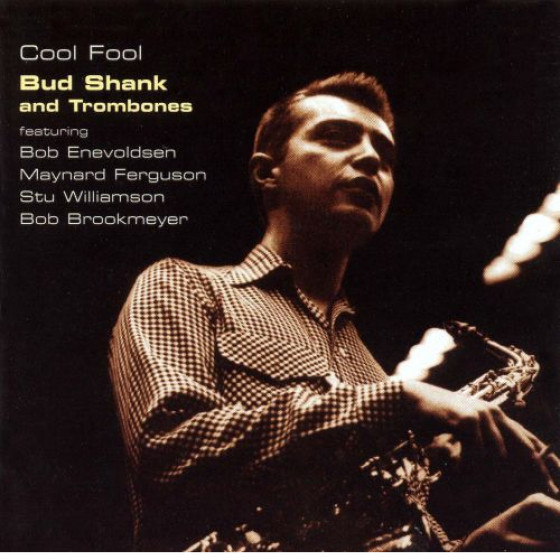 "This Fresh Sound CD compilation pairs two separate 10" LPs from the 1950s by Bud Shank. The first, originally issued as Bud Shank and Three Trombones, is a bit unusual, as the alto saxophonist is joined by three valve trombonists (Bob Enevoldsen plus Maynard Ferguson and Stu Williamson, the latter two better known as trumpeters), plus a rhythm section consisting of Claude Williamson, Joe Mondragon, and Shelly Manne, with arrangements by Bob Cooper. Cooper's perky "Wailing Vessel" is the highlight of the session; there's also an alternate version that has been added to this reissue. Also worth noting are "Baby's Birthday Party" (an obscure work by Ann Ronell, composer of the standard "Willow Weep for Me") and the moody arrangement of "You Don't Know What Love Is."

The latter recording, previously issued as Bud Shank and Bob Brookmeyer and also as a part of The Saxophone Artistry of Bud Shank, features the alto saxophonist and the valve trombonist joined by pianist Claude Williamson, bassist Buddy Clarke, and drummer Larry Bunker, plus a string quartet. Both players are in top form throughout these eight tracks. Russ Garcia's relaxed chart of "When Your Lover Is Gone," Johnny Mandel's rhumba-flavored scoring of "Out of This World," and his breezy original "Low Life" have obvious appeal. But Brookmeyer's imaginative composition "Rustic Hop" (previously recorded by Brookmeyer with Stan Getz and later with Gerry Mulligan) easily stands out as the best track from the latter sessions."