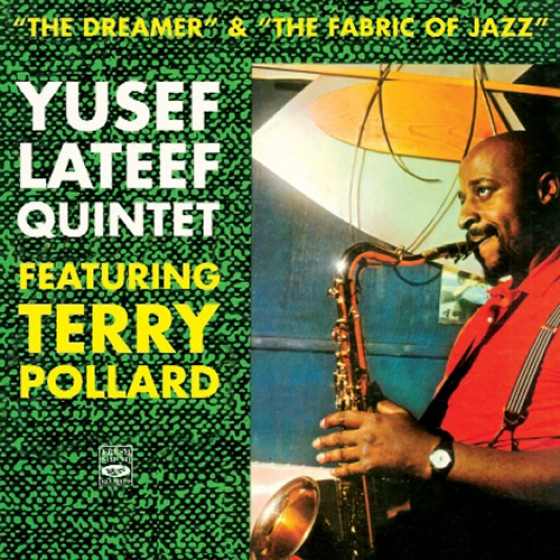 The Dreamer + The Fabric of Jazz (2 LP on 1 CD) Feat. Terry Pollard

Originally on the scene as a tenor saxophonist with the bands of Lucky Millinder, Hot Lips Page, Dizzy Gillespie and others in the late 1940s, Yusef Lateef spent most of the 1950s leading his own combo, studying at Wayne University, and taking up flute and oboe. I started using them in Detroit, to get rid of the monotony, said Lateef, this was one of the initial thoughts. After all, basically, music is just sound, in my opinion, any sounds of definite pitch.

Lateefs exploration in the areas of rhythm and intriguing sounds was a natural blending of straightforward jazz and Eastern music. His versatility as instrumentalist and composer is self-evident in this 1959 session produced for Savoy and originally issued in two albums, The Dreamer and The Fabric of Jazz. On tenor, Lateef swings hard, with a surging muscular tone, while his flute work is warm and deft, and his oboe playing consistently interesting. Bernard McKinneys euphonium solos are marked by melodic invention, while the rhythm section is excellent throughout, with pianist Terry Pollard really shining in a set of fine, furious, and striking piano solos, with solid support from William Austin and Frank Gant.

All compositions by Yusef Lateef except where indicated.

"Fresh Sound constantly surprise us with the breadth covered by their reissue programme and whilst these two Lateef albums, originally issued on Savoy, had not exactly disappeared into obscurity they could not be described as being high profile either.

Yusef is in good solid form throughout, his substantial tone on tenor in contrast to the penetrating sound emanating from the oboe and he is also able to convince us of his prowess on flute; his working of Poor Butterfly is proof enough why this never became his second or third choice instrument.

McKinney is agile enough on his euphonium never to make it a stodgy sounding option, operating within a tonal range reminiscent of a trombone. Terry Pollards star did not stay in the ascendancy much beyond these albums, even though he had won Downbeats New Star poll only a few years earlier. She certainly performed with many of the major players of her day but she bowed out very early in a potentially rewarding career. Theres no sign of her vibes playing on these tracks but her contributions are those of a talented pianist.

The only negative point about this release is the unfortunate error made in the insert where the text has become transposed. To repeat a well-known phrase, all the right notes but not necessarily in the right order."