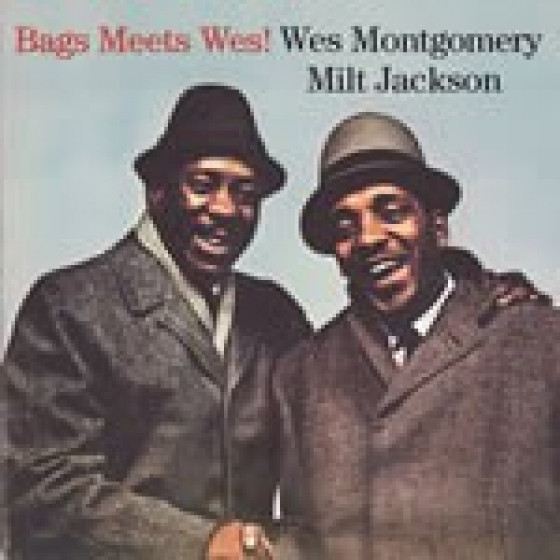 This release contains the complete classic album 'Bags Meets Wes!' which marked the only recorded encounter between Wes Montgomery andMilt Jackson. As a bonus, the entire album 'George Shearing and the Montgomery Brothers' in its entirety. Another encounter album, this one pairs the guitarist and his brothers with the fantastic George Shearing.


All sessions produced by Orrin Keepnews

"As a truly sumptuous rendition of 'Stairway To The Stars' plus a groove grabbing sprint through 'Stablesmates' testify, the chemistry was potent, it's just a great shame that this pair didn't make recording tgether a regular occurrance."

"Milt Jackson was 38 when, in December 1961, he co-led this superb hard-bop date with the distinctive guitarist Wes Montgomery. A jazzman who was as opinionated as he was gifted, Jackson wouldn't hesitate to tell you exactly what he thought of a musician -- so when he praised Montgomery, you knew his praise was genuine. Not surprisingly, the boppers prove to be quite compatible on Bags Meets Wes, which finds them co-leading an all star-quintet that also includes pianist Wynton Kelly, bassist Sam Jones, and drummer Philly Joe Jones (who shouldn't be confused with swing drummer Jo Jones). Although Jackson and Montgomery prove what lyrical ballad players they could be on the standard "Stairway to the Stars," ballads aren't a high priority on this album. Instead, the improvisers put more of their energy into the blues -- and the 12-bar format serves them well on "Sam Sack," "Blue Roz," and "S.K.J." Equally strong are hard-swinging versions of Montgomery's "Jingles" and Benny Golson's "Stablemates."


-George Shearing and the Montgomery Brothers

"Pianist George Shearing meets up with guitarist Wes, vibraphonist Buddy, and bassist Monk Montgomery on this enjoyable if slightly lightweight outing. The performances are a bit too concise at times, but the album has some fine soloing by the principals. Highlights include "Love Walked In," "Love for Sale," and "The Lamp Is Low."