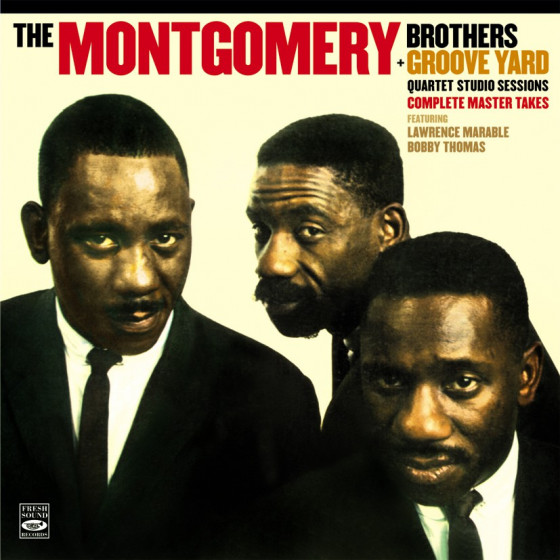 
In April 1960, The Montgomery BrothersWes, Monk and Buddy (they were called The Mastersounds not too long before), opened at the Swingin Lantern in Sacramento. The group was a breath of fresh air at a time when there were plenty of poseurs around purveying an ersatz earthiness that was far away from the real thing. There was nothing fake about the Montgomery Brothers; they had the feel of the earth in their playing without having to exaggerate, pose, or labor at it.

At the core of the group and of this collection is the mature and fully rounded guitar mastery of Wes Montgomery, whose chorded use of the instrument and his trademark octave playing are among the most immediately distinguishing characteristics of his work. Buddy contributes strong, virile piano, and Monk, when these recordings were made, had picked up the upright bass again and stopped playing the electric version, on which he was a pioneer.

Personnel on THE MONTGOMERY BROTHERS (#1-5):