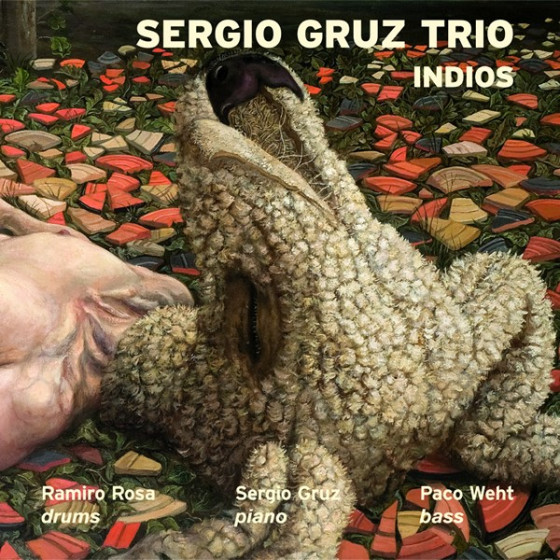 All songs composed by Sergio Gruz

"This is another high-quality piano-orientated release from the Fresh Sound New Talent stable, which arrives refreshingly hype-free, unlike many other contemporary jazz releases. All of the music is composed by the leader, and the cover artwork (by Marcos Carrasquer) and interior text is related to the musical content and the theme, “Indios” (Indians), and refers to the conquest of America by the Spanish.

So that’s the context, but what about the music? It’s quite a muscular-sounding and time-clever piano trio on the opener, sounding like a number of other contemporary jazz piano trios, but this is a little misleading in this case as much of the remainder of the album is by turns delicate, reflective, melodic and attractively rhythmic in a quirky, Monkish kind of way. The title track leads the way in delicate, lyrical terms, fronted by Weht’s bass, and the album really seems to gain momentum from this point through to the later tracks.

As you might expect there’s a strong Latin flavour, but it’s not worn on the sleeve, and in places, particularly in the middle of the album, Gruz sounds quite Evans-like in terms of right-hand lines and Mehldau-like in terms of composition and playing (Esha sounds as though it could almost have been penned and played by Mehldau). I’m not saying that those two pianists sound similar, but rather that the influence of both can be heard here at times in Gruz’s playing. Overall however, Gruz seems to have something of his own going on, his rhythm pairing follow him closely. Between them they have made an album that grew on me with each successive listen."