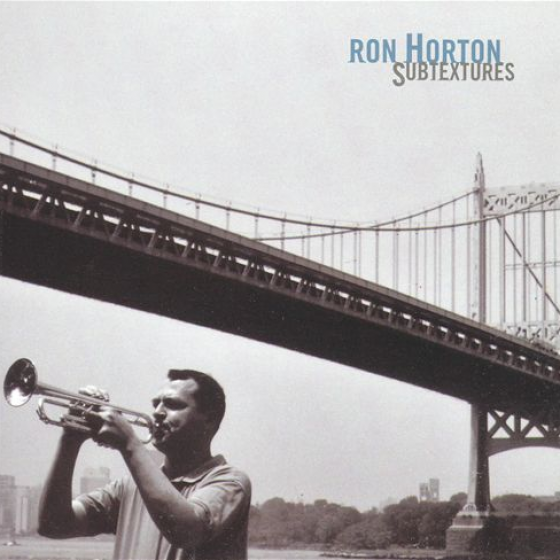 "The source of Horton's soul may be unacountable, but evidence of it pervades this album. Its essence is a peacefullness that does not preclude inquiry, an identity so secure that it can wholeheartedly embrace the beauty other souls have begot. His sound reaches out to a wealth of touchstones - he admires trumpeters Lee Morgan, Chet Baker and Miles Davis, saxophonist Stan Getz, and composers including jazz-identified Nichols and Hill, the French Catholic organist of Notre-Dame cathedral Olivier Messiaen, and the Polish-born pianist of the early romantic era Frederic Chopin."

"It always seems that the Fresh Sound/New Talent label brings together inspiring musicians. Subtextures is no exception. This one features Rob Horton accompanied by the incendiary trio of Kimbrough, Allison and Wilson. Together they have played to as part of the Herbie Nichols Project. While the Projects acclaimed Strange City relied on archival material from this overlooked composer, most of the pieces on Subtextures are written by Horton.

What links these two albums are more than personnel, the music possesses a similar atmosphere. There is a kind of smoky urbanity in the music. Take Ruminations. This is a slow stream-of-consciousness piece that meanders in different directions, like someone walking home amidst the traffic that one does not hear, thinking and pausing about different strands of ideas or emotions, which are not clear and by no means certain. There is ambiguity about ever reaching home. Ruminations is a highly complex piece that is both gorgeous and mysterious.

As are the rest of the Horton pieces. Mutability has a weird and wonderful sense. The sounds of the street are never in synch, they are seemingly random; the improvisation of this piece captures this uncertainty quality. At the beginning, the piece sounds convivial but then it turns aggressive as in the argument between the trumpet and the piano. And then it simply bursts into outrage.

On O Sacred and Holy Feast, an early choral work by French classical composer, Olivier Messiaen, Horton uses its reflective, pastoral qualities. Hortons phrasing is confident and sublime. And again, on the final piece, Etude by Frederic Chopin, there is quiet and peaceful resolution. The piece is played to perfection by Horton and his band. Subtextures is highly recommended."

"Trumpeter/flugelhornist Ron Horton came onto my radar floating on a cloud, it seemed on Andrew Hill's Dusk (Palmetto, 2000). His solo on that disc's stunningly beautiful title track drifted and roiled with a understated, dreamy poetic grace, a song within a song, a personalized expansion of Hill's theme. The approach on Subtextures is much the same.

Horton employs all-star accompaniment here: pianist Frank Kimbrough (Quickening, Omnitone, 2004), bassist Ben Allison (Peace Pipe, Palmetto, 2002), and drummer Matt Wilson (Humidity, Palmetto, 2003), a group that interacts with with intimacy and imagination. Horton on his own compositions as well as on the covers tells stories in a beautifully oblique way that walks a fine line between free and more mainstream sounds. Melody reigns, but the trumpeter and his bandmates approach it from curves and angles, giving the music a very open feel. Open but still accessible.

'O Sacrum Convivium' (Messiaen) rides a cushion of introspection with a subtle insistence, while the title tune churns with a persuasive and gradually building, propulsive drive. 'Mutability' fits into the Miles Davis mid-sixties mode with its drive and sharper edges. 'Malaby,' for tenor sax man Tony Malaby, holds a tint of darker 'subtextures,' featuring some of drummer Wilson's and bassist Allison's most interesting work on the disc, followed by Frank Kimbrough's intricately angular piano solo. All in all, a cohesive band creating an interesting and off-center set of sounds."

Dan McClenaghan -All About Jazz (February, 2004)