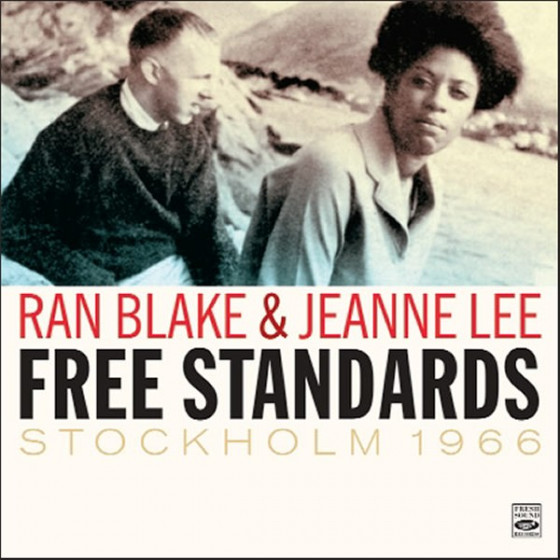 In 1961 singer Jeanne Lee (1939-2000) and pianist Ran Blake (born 1935) emerged as one of the most innovative duos on the New York jazz scene. Presenting an almost freely improvised reading of standard and original melodies, they blended voice and piano in a manner seemingly without any boundaries except those imposed by their individual disciplines. It was a stunning combination, but aside from a few concerts, a local television show, a praised RCA Victor album, and an appearance at the 1962 Monterey Jazz Festival, they found little work in the US.

In Europe, however, it was a different story. There the duos subtlety, daring and wit, along with Lees warmth and precision and Blakes inventiveness, were immediately appreciated. They opened a series of well-received North-European concerts in 1963 at Stockholms Golden Circle and returned there three years later, when these examples of their unique artistry were captured in a studio recording session. In combination they pass, blend, meld, and move around each other in a manner both delicately nuanced and vaguely disconcerting, demanding attention in a way no other group of this kind has done.

Ran Blake and Jeanne Lee opened their series of North-European concerts before enthusiastic audiences, when performing at the Golden Circle, Stockholm, in 1963. It was my pleasure to help launching that very special event. During the two following years in the Big Apple, New York City 1964-65, Ran and I had several opportunities to discuss, display and compare our individual approaches as fellow composers of contemporary music. A year later, in the autumn of 1966, Ran and Jeanne returned to Sweden for another appearance at the Golden Circle. Over a four-year period as professionals they had accumulated all the experience and musicianship that grew out of numerous concerts, club-dates and jazz-festivals. This time I was able to arrange for and produce a record session capturing the sublime artistry of their full-fledged duo, jet-setting the Globe on intercontinental flights. The recording date and music material was outlined to be focused on a composers session. Bingo, the recorded tracks came out too good to be true, and maybe just too good for the rock-eras discotheque in-crowds. Like vintage wine, the record tapes were bottled for almost thirty years, but are now opened to be enjoyed for gourmet tasting by connoisseurs, and released for the first time ever, and on a CD since all this music, 75 minutes, is previously unissued: Mmm-yumm Quality stays for ages.

(From the inside liner notes)