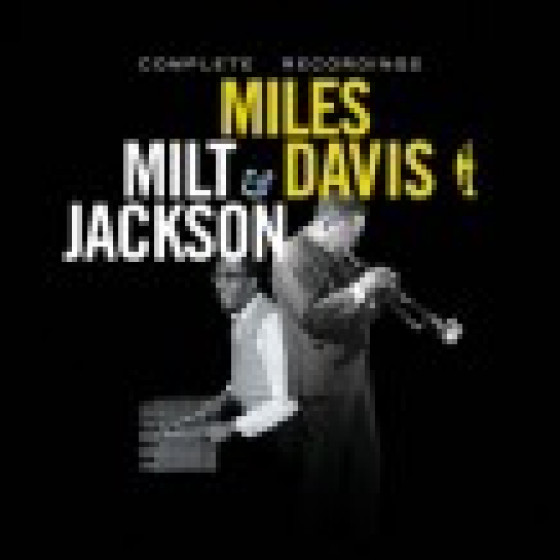 This 2CD set collates Miles Davis and Milt Jacksons complete recorded collaborations both live and in the studio. These two seminal figures in the development of modern jazz only recorded together on a few occasions (between 1954 and 1956) - but predictably, the results more than lived up to expectations.

As a bonus, two further examples of Miles sparse small group recordings with vibraphonists: the complete album Blue Moods (1955) with Teddy Charles, Charles Mingus & Elvin Jones (which received a 5 star rating in Down Beat) and an ultra rare 1952 Birdland broadcast with Don Elliott - appearing here on CD for the first time ever.

"Bags statements are as close to pure elemental jazz as the Hot 5 Louis. Nothing he plays is extraneous or self-consciously rhetorical; its all part of the swinging marrow of his jazz selfexpression. Miles, more reflective, is less abandones than Bags but no less hot-from-the inside."

"Including sessions recorded the same day as those on Bags Groove, this album includes more classic performances from the date that matched together trumpeter Miles Davis, vibraphonist Milt Jackson, pianist Thelonious Monk, bassist Percy Heath, and drummer Kenny Clarke. Davis and Monk actually did not get along all that well, and the trumpeter did not want Monk playing behind his solos. Still, a great deal of brilliant music occurred on the day of their encounter, including "The Man I Love," "Bemsha Swing," and "Swing Spring."

"One of the most obscure of his Prestige recordings, this CD only contains a half-hour of music but the quality is fairly high. Davis is heard outside of his regular group, playing with vibraphonist Milt Jackson, pianist Ray Bryant (who was left out of the personnel listing), bassist Percy Heath, drummer Art Taylor and, on two of the four numbers, altoist Jackie McLean. This set (formerly known as Miles Davis and Milt Jackson) is highlighted by "Dr. Jackle" and "Minor March."

"In the '50s, the party line among New York jazz critics was that hard bop was the "true faith" and that cool jazz was lightweight and unemotional. But Miles Davis knew better. The trumpeter (whose Birth of the Cool sessions of 1949-1950 proved to be incredibly influential) was smart enough to realize that cool jazz and hard bop were equally valid parts of the house that Charlie Parker built, and he had no problem working with cool jazzmen one minute and hard boppers the next. Recorded for Charles Mingus' Debut label in 1955, Blue Moods is an excellent example of cool jazz. However, not all of the musicians who join Davis on this album were full-time members of jazz's cool school. Although vibist Teddy Charles was cool-oriented, Mingus (upright bass) and Elvin Jones (drums) were never considered cool players and the lyrical trombonist Britt Woodman was, in the '50s, best known for his association with Duke Ellington. Nonetheless, the things that characterized cool jazz subtlety, restraint, and understatement characterize Blue Moods. Mingus and Jones were certainly capable of being forceful and aggressive, but you won't hear them being intense on this disc; a very laid-back, gently introspective approach prevails on interpretations of "Easy Living," "Alone Together," "Nature Boy," and "There's No You." Clocking in at 27 minutes, Blue Moods is quite skimpy by most standards unfortunately, Fantasy didn't have any alternate takes to add. But even so, Blue Moods offers considerable rewards to those who have a taste for '50s cool jazz."