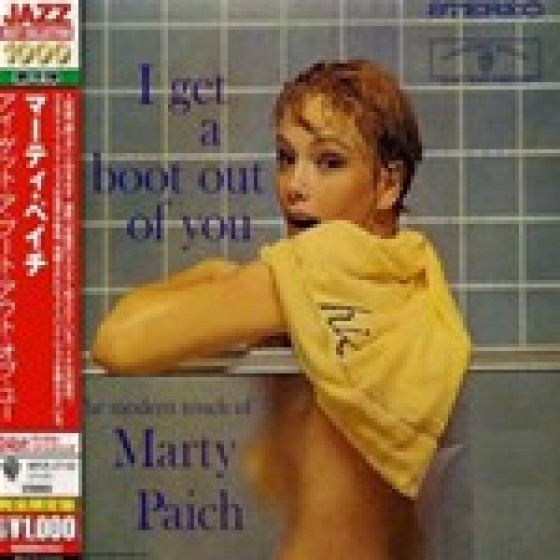 I Get A Boot Out Of You (Remastered Japanese Edition)

"The last of three Marty Paich albums reissued by Discovery in the early 1980s, this outing finds the arranger featuring a 13-piece band with such all-stars as altoist Art Pepper (showcased on "Violets for Your Furs"), trumpeters Jack Sheldon and Conte Candoli, tenorman Bill Perkins, vibraphonist Victor Feldman and pianist Russ Freeman. Paich does not play any piano this time around, but he contributed the eight arrangements. The selections are all jazz standards, with Paich's reinterpretations of such numbers as "It Don't Mean a Thing," "Moanin'" and "Things Ain't What They Used to Be" making even the most familiar songs sound fresh. Not yet out on CD, this LP is well worth searching for."