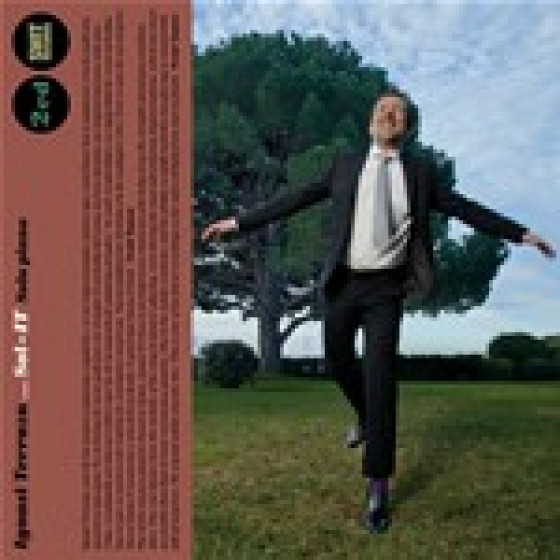 One of the top jazz pianists based in Spain, Ignasi Terraza is an impressive musician who helps keep the straight ahead jazz tradition alive. As was true in the playing of such greats as Teddy Wilson, Fats Waller, Art Tatum, Erroll Garner and Thelonious Monk, one can always hear the melody of the song in Ignasis playing, even during his most adventurous improvisations. A melodic improviser, his solos are extensions of a songs theme rather than just a jam on its chord changes. Due to his keeping the melody nearby, Ignasis solos are more accessible than that of most current jazz pianists, but due to his subtle creativity and his ability to uplift melodies, his playing is consistently full of surprises. He sounds unlike anyone else.

Born in Barcelona, Spain, Ignasi has been blind since the age of nine. He began playing piano when he was 12, inspired by his grandmothers classical

playing, and loved Bach and Chopin. He had extensive classical studies at the conservatory but discovered jazz when he was 14. I liked to improvise from the very beginning although the closest record to jazz at home was one of Frank Sinatra with strings. The man who used to tune my grandmothers piano suggested that I listen to a very good jazz pianist who was also blind: Tete Montoliu. Then I started to look for other jazz records, listened more and more to them, and was seduced by the music.

Ignasi began playing jazz in public when he was 18. After earning a degree in computer engineering and working for four years in that field, he gave it up to dedicate himself totally to playing music. It was the right decision for during the past 30 years, Ignasi has become a major musical force in Spain and throughout Europe. He has worked with such artists as drummers Bobby Durham (who for a period was a member of his trio) and Alvin Queen, saxophonists Frank Wess, Jesse Davis, Teddy Edwards, Spike Robinson, Lou Donaldson, Ralph Lalama and Brad Leali, trumpeter John Fadis, vibraphonist Oriol Bordas, guitarist David Mitchell, singers Dee Daniels, Ann Hampton Callaway and Stacey Kent, the Barcelona Orchestra and other notables plus his own trios and quartets. In 2009 won the Jacksonville Jazz Piano Competition in USA. Ignasi has toured all over Europe, South America and Asia (including China) with his trio, has taught at the Higher School of Music of Catalonia since 2003, and in recent times his trio has continued touring, he has accompanied singers Kalil Wilson, Susana Sheiman, Randy Greer and Andrea Motis, continued playing with the Barcelona Jazz Orchestra, and has performed piano duets with Bert van den Brink.

Most of Ignasi Terrazas recordings have been with his trio, so Sol-IT is much different. A live solo concert from the Palau de la Música in Barcelona, the performances took place over a two-day period. Each day I performed three sets of 40 minutes, each set before a different audience. After deciding to record the music, I played a completely different repertoire during each performance. This double-CD is around two thirds of all of the whole material that I performed. Its title Sol-IT is a pun that sounds like solid. Sol means solo in the Catalan language, and IT is my initials.

These performances are particularly special to Ignasi. When I first began to play piano, my teacher was the wife of the conductor of the choir Orfeó Català. They lived in the same building where these concerts took place. Because of that, I am dedicating this album to my first piano teacher Isabel Loras, who passed away years ago.

Performing six sets of solo piano would be a special challenge for any jazz pianist. The musician needs a strong left hand in order to create the grooves, bass lines and rhythms without the assistance of anyone else. And the pianist needs both strong technique and creativity in order to be able to give the music plenty of variety so as to keep the audience interested. Fortunately Ignasi Terraza was up to the challenge. I very much like to play solo piano. If there is a good instrument, I can become very free and let my imagination control the music.

There are 24 selections included on Sol-IT including 20 standards. While many of the songs are familiar, these versions are fresh and swinging while also being respectful. The opening Youre My Everything is typical of many of the performances. Ignasi treats the melody with genuine affection, his five choruses are built around the theme, and there is a bit of stride piano. Very much a two-handed pianist, Ignasi builds up These Foolish Things gradually and has the melody shifting between his right and left hands. On Round Midnight he displays some of his technique in the verse (which he takes out of tempo), he becomes quite adventurous while also hinting at Thelonious Monk in spots, and creates some impressive double-time runs.

While it is not necessary to give a complete rundown of every performance, there are many highpoints that should be heard including a very expressive version of Lionel Hamptons Midnight Sun, a rendition of Just One Of Those Things that has both classical counterpoint and some furious stride playing, a very sensitive Two Sleepy People, and Relaxin At Camarillo which showcases Ignasis mastery of bebop. I Wish I Knew has the pianist getting his message across in a brief and heartfelt version, a rollicking stride version of Manhattan is quite joyful, and Nobody Knows The Trouble Ive Seen is somber but optimistic.

Two special pieces find Ignasi particularly challenging himself. If I Had You finds him playing the piece exclusively with his right hand while Duke Ellingtons Mood Indigo features just his left hand. Despite these restrictions, both performances sound complete.

Of Ignasis originals, Temps de canvis is particularly likable, a bit Monkish in spots, and sounds like it could be a vintage standard. An Emotional Dance lives up to its title, being quite haunting, extroverted, hopeful and thoughtful, as if one is listening to the pianist expressing his innermost thoughts. His version of a traditional Catalan folk song, Rossinyol, is spirited and hints at Keith Jarretts solo playing.

More Than You Know, which begins the second CD, is particularly intriguing and in spots sounds as if Ignasi is speaking out loud through his music. Monks Ruby, My Dear is taken in a straightforward version as is a relaxed I Only Have Eyes For You while I Wont Dance has some exuberant stride. Its The Talk Of The Town, which has touches of Art Tatum, is taken at a faster tempo than usual.

Probably the most soulful performance of the recital is a slow version of Georgia On My Mind which has Ignasis left hand controlling the tempo. Some Other Spring is played with a lot of lyricism and honest feeling. John Coltranes Giant Steps is given a particularly inventive treatment, exploring several moods before becoming hot stride piano; quite a tour-de-force for Ignasi. Sol-IT concludes with a brief and happy Just A Blues, a song that leaves the audience wanting more.

The fact that listeners will want more after two CDs of solo piano says a lot for Ignasi Terrazas playing. This is one of his finest recordings so far and a delight from start to finish.

Author of ten books including The Jazz Singers, Trumpet Kings, Bebop, Jazz On Film and Jazz On Record 1917-76