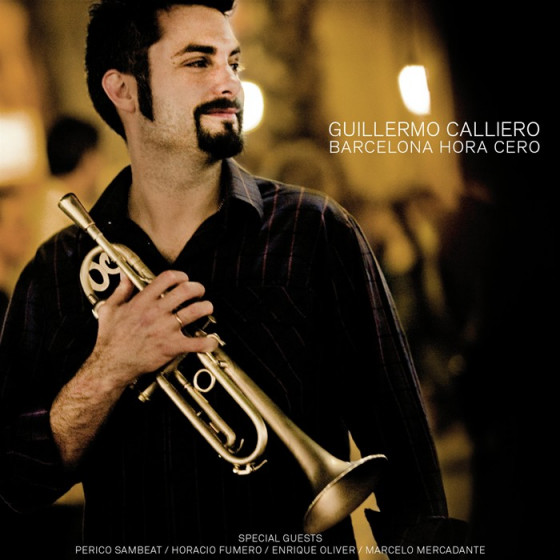 I met Guillermo Calliero in 1997 at a jazz club in Buenos Aires, that no longer exists today. He was playing in a latin jazz group , and great part of the repertory were Dizzy Gillespie compositions. Guillermo stood out notoriously from the rest of the band with a very fluent be-bop playing, resembling a North American veteran trumpet player insted of such a young Argentinian one.

Years later, living in the same city (Barcelona) and where we have shared many good years of playing together, we decided to take on this record. My objective as artistic producer was to be able to highlight Guillermo’s most valuable and unique traits as a trumpet player. One of his most notorious qualities is his round and big sound, that sometimes can seem that we are listening to a flugel horn instead of a trumpet. His strong melodic vocation makes him end up finding beauty at the end of any improvisation he journeys into. He has a strong influence from his Argentinian roots, such as Tango and Folklore, as well as being greatly influenced by one of his mentors, the legendary Argentinian trumpet player Fats Fernandez.

I feel very proud and fortunate to have been a part of this unforgettable music experience surrounded by friends which I hope you enjoy.

“Guillermo Calliero’s new CD is absolutely beautiful and will bring you many years of pleasant listening. He has the magical gift of lyricism and romance in his playing, something that most up and coming players overlook in this modern age. Thanks, Guillermo, for learning to be a REAL musician!!”