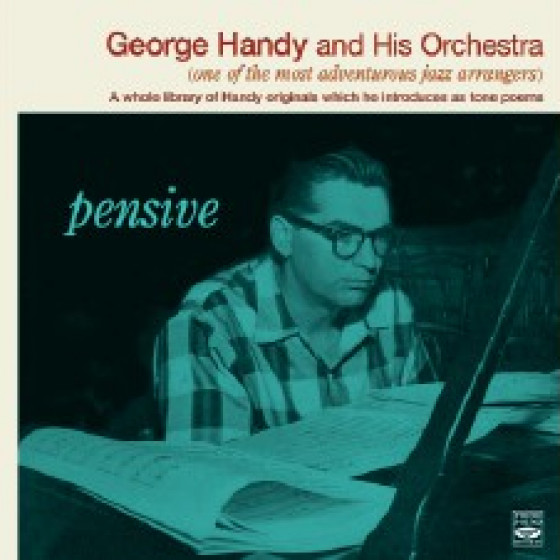 George Handy (1920-1997) who became known as one of the most adventurous arrangers in progressive jazz between 1944 and 1948, before disappearing from the scene, returned to the music field in the summer of 1954.
Handys most remarkable early works were mainly big band arrangements that he did mostly for the Boyd Raeburn and Alvino Rey orchestras. However, in this new stage of his career, he focused more on his work as a leader of his own small band, recording two 12 albums. This is the second and, by far, the rarest one, reissued now for the first time since its 1955 release.

The band here plays a whole library of Handy originals, which he introduces as tone poems. The intricately woven orchestrations reflect many classical influences in the arranged passages, and some moments suggest Bartók and Stravinsky. But improvisation is never discarded, and there are three frequently featured soloistsSherman, Rehak or Byers, and Schildkrautwhose warm contributions prevent the whole enterprise from losing contact with jazz.
Despite the tempo changes and a great deal of complexity in the writing, the music often swings. The violin is ingeniously used, usually playing a theme while one or two other lines are juxtaposed against it contrapuntally.