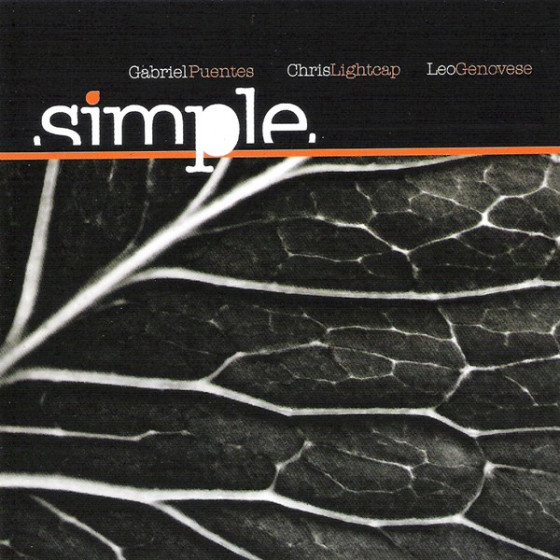 Drummer Gabriel Puentes has played almost literally all kinds of music up to jazz in all its possible forms. Born in Santiago, Chile, Puentes has had lessons from Ralph Peterson, Jr., Billy Hart, Nasheet Waits, Jim Black, and from bassist Mark Helias, Steve Coleman, Don Byron and Uri Caine. While still in Chile, he also studied AfroCuban percussion with Cuban master "Changuito".

Looking forward to growing more as a musician, he settled in Mexico City in 1999, since then he has been playing and recording in a wide variety of bands, from duos to big band with the most accomplished musicians including Eddie Gomez, Donny McCaslin, Iván Renta, Roland Guerin among many others.

Puentes has played all over the US, as well as in Europe, Canada, the Southern Pacific and Latin America, having been featured in some very important Jazz Festivals, concert halls and venues. He was selected as a finalist for the Thelonious Monk Institute of Jazz Performance Scholarship in 2003.

This is his CD debut as leader, featuring kick-ass trio mates Leo Genovese on piano and Chris Lightcap on bass. A moving set of improvised pieces featuring seventeen tracks of original trio compositions along with heartfelt renditions to the music of Ornette Coleman, Wayne Shorter, Monk, Tadd Dameron and Sam Rivers. What else as a simple introduction.