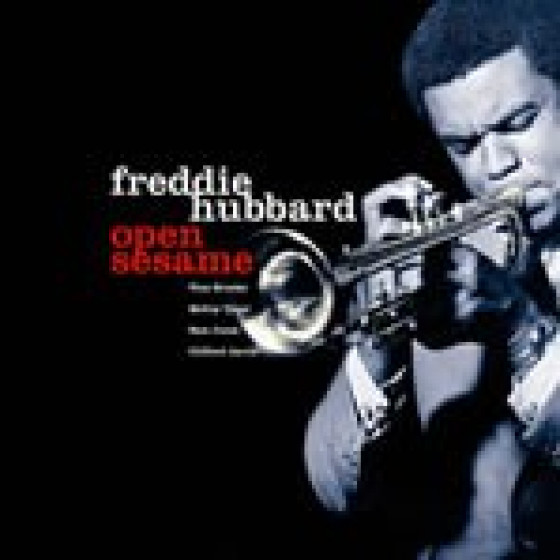 The complete LP 'Open Sesame', Freddie Hubbards first album as a leader. Recorded in a quintet format, it features the talented Tina Brooks on tenor sax (who wouldnt record again after March 1961), and McCoy Tyner on piano (who would have his first gig with John Coltrane that same month).

As a bonus, we have added a complete session recorded by Hubbard shortly after our main album, which marks his only existing encounter with tenor saxophonist Walter Benton (it belongs to Bentons LP Out of This World). It is also noteworthy for featuring the celebrated Miles Davis rhythm section of Wynton Kelly, Paul Chambers and Jimmy Cobb.

Tracks #7 & 8 were not on the original album

Tracks #9-12, are bonus tracks taken from
"Walter Benton -Out of this World"
(Jazzland JLP928S)

"Freddie Hubbard's first recording as a leader, Open Sesame features the 22-year-old trumpeter in a quintet with tenor saxophonist Tina Brooks, the up-and-coming pianist McCoy Tyner, bassist Sam Jones and drummer Clifford Jarvis. This set shows that even at this early stage, Hubbard had the potential to be one of the greats. On the ballad "But Beautiful" he shows maturity; other highlights include "Open Sesame," a driving "All or Nothing at All" and "One Mint Julep." It's an impressive start to what would be a very interesting career."