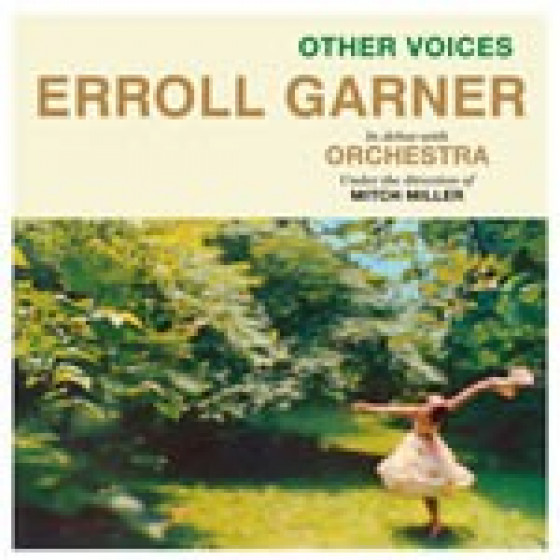 This CD presents Garner's complete 1957 LP Other Voices, for the first time ever on CD. The album marks Garner's debut recording with orchestral accompaniment. Since he couldn't read music, arrangements were made in association with the famous pianist-arranger Nat Pierce (celebrated for his work with Woody Herman).

The program presents five well-known standards, as well as five originals by Erroll, including an unforgettable version of his classic tune Misty. The band includes such important musicians as Herbie Mann, Urbie Green, Hal McKusick, Ray Copeland and Paul Quinichette.

As a bonus, a trio and solo versions of the same tunes, which can be compared to Garner's approach on the orchestra tracks.

(*) Bonus tracks not on the original album