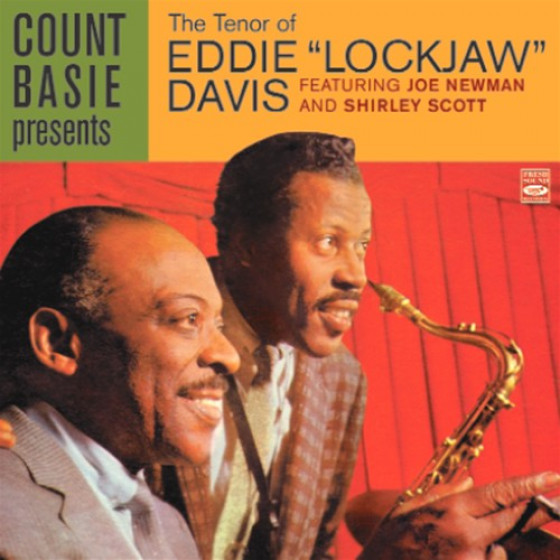 Eddie Lockjaw Davis (1922-1985) has always been one of the super top tenor players in jazz. From the beginning he had his unique sound and way to improvise, and an original, immediately identifiable tenor tone. This CD is special for several reasons. The first part is a session that Count Basie produced in 1957 for Lockjaw with another Basie alumnus, the great trumpeter Joe Newman. What makes this album unusually interesting is that Basie plays the piano while Shirley Scott plays the organ. To complete this CD, a special compilation has been added eight little-known recordings of tunes when Basie was featuring Lockjaw in his big band (1952-1957) which show that the pair were simply destined for each other musically in one of the historic comings-together in jazz.

"After recording extensively for the R&B King label during 1955-57, tenor saxophonist Eddie Lockjaw Davis made a jazz-oriented set for Roulette that was presented by Count Basie. Last put out by the French Vogue label on a 1984 LP, this set features the tough-toned tenor with organist Shirley Scott, bassist George Duvivier, drummer Butch Ballard and (on the majority of the tracks) trumpeter Joe Newman and pianist Count Basie himself. Not too surprisingly, the music swings and the mixture of swing standards (such as "Broadway" and "Street of Dreams") and basic originals bring out the best in these fine players."