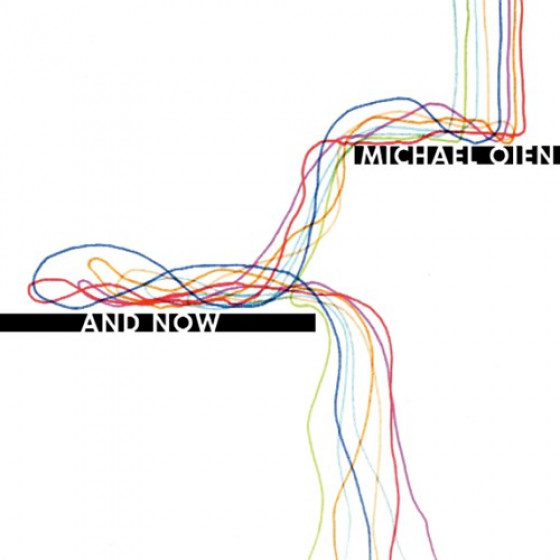 All compositions by Michael Oien, except for "All My Trials" which is a traditional American folk song.

"Michael
Oiens And Now suggests a certain type of sound: It gives the impression of an ECM project, or perhaps a reunion of the Metheny/Mehldau Quartet. Instead, its a prelude to a diverse set of pieces that Oien has written over the years.

The bassists debut album begins with delicate playing from pianist Jamie Reynolds, which is colored in by deeply felt passages from guitarist Matthew Stevens and subtle brushwork from drummer Eric Doob. Steadily, Oiens thoughtfully placed notes emerge. Using an alternative approach, the bandleader starts off Skol unaccompanied, with a sonorous tone and an infectious groove that later propels alto saxophonist Nick Videens sinewy lines. Doob is given a supersized solo in which he glides with flowing tomtom accents.

The three-part Dreamer suite is an ambitious contribution to this album. Part I could be interpreted as waking from sleep, with Videens plaintive wailing, Doobs hazy cymbals and Stevens ghost-like guitar effects in full play. Part II quickly transitions from a freewheeling group escape to a slower, more carefree romp, and Part III brings everything together with a searching yet life-affirming strut."

"The opening is strongly reminiscent of something by Paul Motian in his ECM days, something off Conception Vessel perhaps, with guitar, bass and exquisitely restrained brushes. It's a brave way to start an album that then immediately goes up a gear with the almost highlife line of Skol. Oien started out as an electric bass player and that background is still evident in the intro to that infectious second track. The Motian connection doesn't fall down when Videen starts to play. He projects differently to Carlos Ward, but the spare, declamatory style is very similar. He's also terrific on Ask Anyone. Laplante only comes in for one track, the prog-tinged Mad To Live, but it's stolen by Stevens, who exchanges his acoustic for a cranked-up solid-body sound.
Even the composer admits that the multi-part The Dreamer is both unfinished and slightly overwrought. I suspect a club performance would find some interesting variants in it and perhaps a more pleasingly ragged approach to what sounds a bit mannered here. It's clever writing, though, and the individual elements are great. Doob's immense throughout, easing between full-on tub-thumping to the barely stated delicacy of the opener, but always musical whatever the dynamic.

It ends with a lovely, minimal solo bass version of the old Bahamian cradle song All My Trials. Leaving the leader's main feature to last will fool no one. He's in charge of all this music, which is full of bustling personality and intelligence."

"Heres a bass player that you may not be familiar with, but he makes a mark here on this disc that mixes the tradition with forward thinking. Michael Oien teams up with Matthew Stevens/g, Nick Videen/as, Jamie Reynolds/p and Eric Doob/dr for a collection of self-penned pieces sans a rich solo reading of the American Folk tune All My Trials. With his band, he creates a pastoral mood with Stevens acoustic guitarthat is blue in greenish on In the Early Autumn while with the addition of Travis Laplantes tenor with Stevens electric guitar, the band charges like a stampede on Mad to Live. Oien includes a three part Dreamer suite which includes Videens declaratory alto declaratory on the dramatic Part I while the team nimbly bops on Part II. The team ebbs and flows with a forward pulse on Ask Anyone as a team and the softer Smile This Mile features Reynolds melodious piano. Mature and clever post bop sounds."