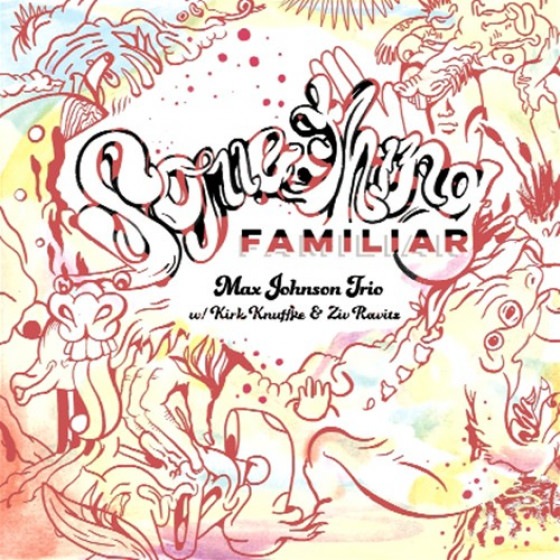 All compositions by Max Johnson

Engineered by Michael Brorby
Mixed by Max Johnson in the peace of his home
Mastered at Park West Studios by Jim Clouse
Artwork: Victoria Salvador

"After three CDs and about five years of collaboration, resourceful bassist Max Johnsons trio has attained a state of extraordinary cohesion. Filed out by the streamlined fluidity of Kirk Knuffkes cornet and complementary rhythms of drummer Ziv Ravitz, the trio can handle ballads and burners with equal aplomb.

Each sonic modulation reaches its intended position the way marbles fill indentations on a Chinese checkers board. The melody of slow-paced Les Vague, for instance, is built around heartfelt muted cornet cries, gorgeously harmonized with double bass tones that sound sprinkled not plucked. Its antithesis, Blips and Bloops, is unabashedly onomatopoeic, with Knuffkes open-horn blasts and plunger smears so vivid theyre practically emoticons while Johnsons spiccato triple stops strengthen the jocular theme with woody affirmations. Hammer Song may appear as if its designed to showcase Ravitz yet the few hard thumps he extracts from the deeper-toned parts of his kit are ultimately displaced by lively polyrhythms, as walking bass, reverberating with the power of a punch to the solar plexus, steers the tune forward.

The sequence of Cold Blooded and Little Arnie may be Something Familiars high point. In both, Knuffkes flutter tonguing and Johnsons lilting stops move like Olympic skiers slaloming down a hill, nimbly avoiding obstacles emanating from Ravitz pumping rattles and supple enough in execution to recap both tunes heads at the finale(s).

Living up to the CDs title, all tracks are a discernible mix of bop, cool and free motifs but they arent familiar in a hackneyed or overused manner. Instead, with well-modulated contributions from all and Johnsons compositions as a base, the disc shows that distinguished jazz can be produced without resorting to extremes."

"A product of Fresh Sounds programme for finding and promoting new jazz talent, this CD has the Johnson trio playing abstract lines written by the bassist and improvised on by his two colleagues. Knuffke fashions fascinating melodic cornet statements as the bassist swirls all round him with roving pizzicato bass lines, double stops and exotic arco work. This is collective improvisation at its fiercest and most uncompromising. Drummer Ravitz is a lively and quite colourful drummer, fitting the trio requirements admirably. Fresh Sound doubtless make most of their money on the excellent series of reissues of known and not so well known jazz icons but this series is important in spotlighting up and coming musicians."