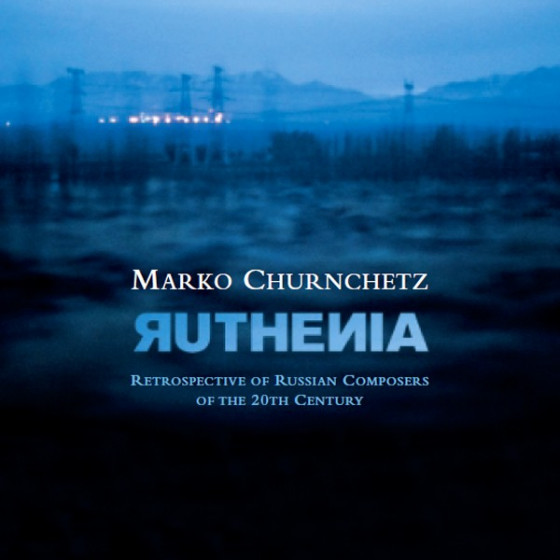 Ruthenia - Retrospective of Russian Composers of the 20th Century

"In Ruthenia, Marko Churnchetz has crafted a contemporary jazz sound, patterned on the examples of Brad Mehldau and Pat Metheny, but with a touch of Michel Camilo-like drama. The opening track’s orchestral nature belies what follows in Cantabile and other new compositions here, which owe something to early 20th-century Russian composers such as a neat quotation from Stravinsky’s Firebird.

The 15-piece ensemble (predominantly strings and rhythm section) plays beautifully, and Churnchetz himself is an exquisite-sounding pianist whom I suspect would be quite something to hear live. The quality of the recording is certainly no disappointment either, in part courtesy of the New York studio of Randy Ingram, who is himself a jazz pianist of some note.

Strongly recommended to anyone intrigued by high-level fusions of jazz and classical."

"The opening track’s orchestral nature partly belies what follows in Cantabile and much of the album, which is a somewhat Mehldau and Metheneyesque contemporary jazz sound with a touch of Camilo-like drama, but I very much enjoyed these different aspects of the CD. I’m not so sure that Ouverture really has much to do with the rest of the programme in jazz terms, but its inclusion is understandable given the context of the album, which is a suite of excellent compositions by the leader with an attachment to the themes and composing techniques of the great Russian classical composers of the early 20th century. In fact, there’s a quote in there on the oboe from Stravinsky’s Firebird Suite.

Churnchetz’s compositions are beautifully played by the ensemble as a whole, and he’s an exquisite-sounding pianist whom I suspect would be quite something to hear live. The quality of the recording is certainly no disappointment either, in part courtesy of Randy Ingram’s studio. Ingram is himself a pianist of some note, whom I met in New York in 2010 when I sat in during a jam session at The Kitano in mid-town Manhattan. At the time he was in the house trio, playing with more than a shade of a certain Bill Evans, and recommended that while I was in New York I should check out Sam Yahel’s piano trio at the Village Vanguard, which I gladly did.

The quality of the music here doesn’t wane at any point, in either performance or compositional terms, and I’d strongly recommend this album to anyone, but particularly to those intrigued by high-level fusions of jazz and western classical music.