Home  /  Gabriel Amargant  /  And Now For Something Completely Different 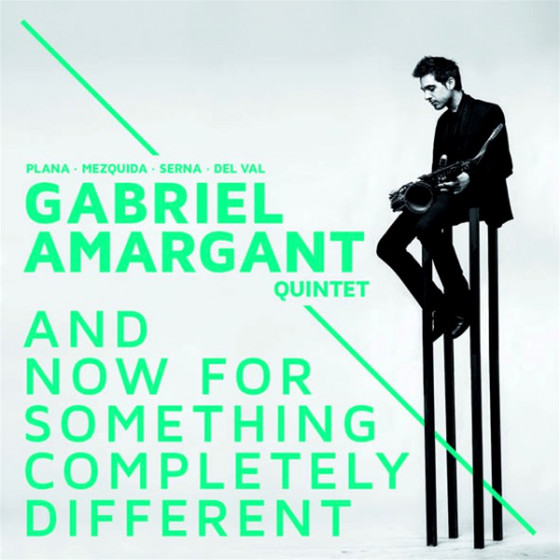 And Now For Something Completely Different

All tracks composed by Gabriel Amargant

"The Monty Python tag line is at least partly ironic. What Amargant, who's not yet 30, has done is to absorb a huge amount of jazz literature and then to produce his own versions of it. So pretty much every track will remind the listener of some great precedent before alerting him to the presence of a genuinely original new talent. Thus: Wise Man begins with the portentuous shimmer of A Love Supreme, but it's the clarinet that comes in first, in folk-classical mode and with a sinuous line that sounds authentically Argentinian. Likewise Mah!, which seems to channel one of the more agreeable sides of Stan Getz before establishing an asymmetrical swing that is entirely Amargant's own. Seventy Steps... (Stairway) is a clever mash-up of familiar sequences. Great raw clarinet playing on Pigeon's Dance as well.

The young saxophonist studied with Stan Sulzmann for a time, and with others, and already has a sizeable CV. Again in contradiction of the title, this is not the first outing for a group which sounds beautifully balanced and alert. Plana makes significant contributions at every stage, including a delightful intro to La Petite Chien and never gets in the way of the piano. Bass and drums execute tricky metres and open harmonies; Serna also has a lovely feature on La Petite Chien. It's not clear here and there which of his saxes Amargant is playing, but you'll stop wondering for this is great stuff: another gem from the FSNT mine."