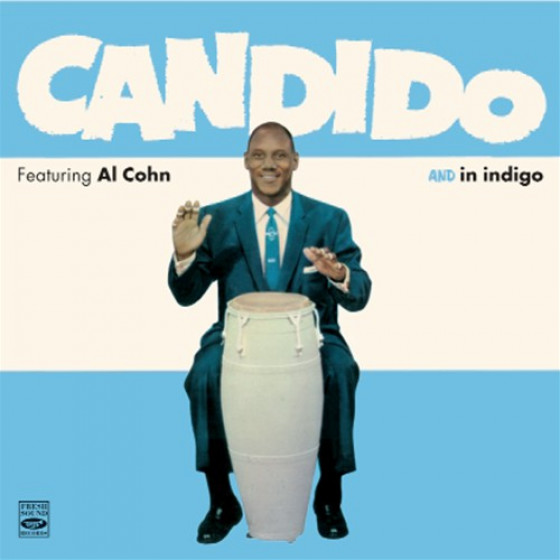 New York jazz critics hailed Candido as the greatest Cuban drummer to burst into the jazz scene since the spectacular Chano Pozo took New York by storm before he was killed in 1948. In presenting Candidos first album, producer Creed Taylor tried to showcase him using a small jazz group.

Candido had integrated his Afro-Cuban origins and his bop adolescence into a jazz maturity which was extended, and in turn stimulated by, the quintet Creed Taylor chose to play with himAl Cohn on tenor, Joe Puma on guitar, Dick Hyman, piano, Whitey Mitchell, bass, and Ted Sommer, drums. The great Cuban percussionist laid down the fluid coupling between the close knit rhythm section and the relaxed tenor of Cohn, blowing intelligently on his bongo and conga solos.

On the second album included, recorded two years later, Candido was matched with a similar quintet, again with Puma on guitar, but this time with Dick Hyman on organ, contributing some solid, meaty playing. Trumpeter Ernie Royal was assured and warm, while George Duvivier on bass and Charlie Persip on drums provided fine rhythm support.