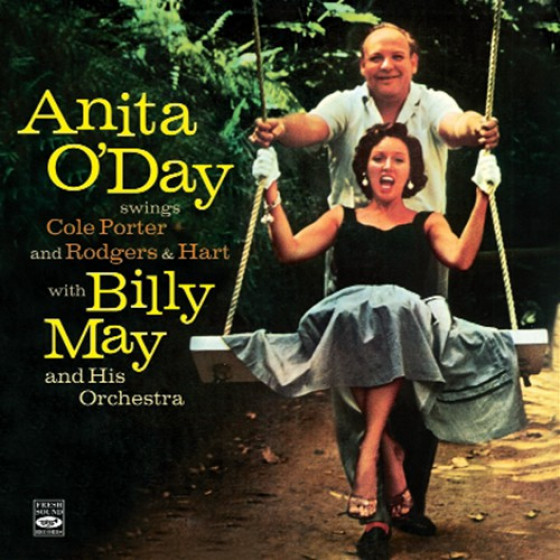 Swings Cole Porter And Rodgers & Hart, with Billy May & His Orchestra (2 LPs on 1 CD)

Here is Anita ODay in excellent vocal form joining forces with Billy May, one of the most prolific arrangers of the Hollywood recording studios in the 50s and 60s.

To back her, May led three big-sized groups staffed by top musicians, and provided the swinging, tasteful charts in these two excellent albums dedicated to the songbooks of Cole Porter and Rodgers & Hart. Miss ODay treats this handful of great evergreen songs in her usual compelling manner and with innate musicianship. She was gifted with a wide vocal range and a level head: that is to say, she sang smoothly without panic or strain at either extreme of her range, and remained consistently impressive in projection, phrasing, and flexibility.

There is much to groove within this set and, be it for pop or jazz fans, listening to this great singer is sure to be an incomparable musical pleasure.