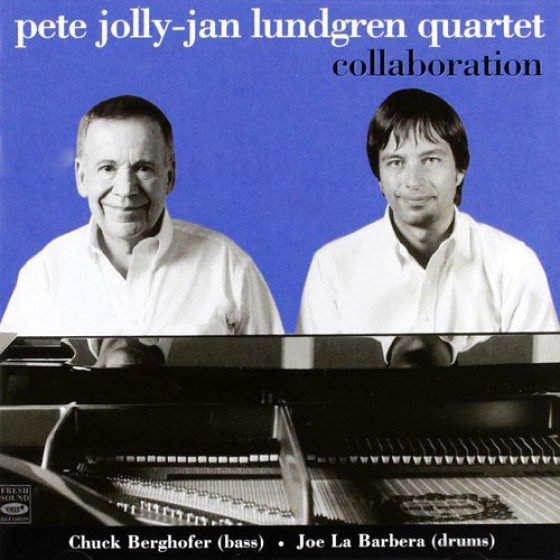 The inspiration for this project came about quite innocently. Dick Bank had brought Jan over for the "Perk Plays Prez" session in June 1995, and he expressed a desire to meet Pete Jolly. This arranged, there were "talking shop" when Pete, owner of two Steinways, asked Jan if he would like to play something together. "It was incredible," recalls Bank. "I wish I had recorded it. Ever since then it has been in the back of my mind, but when Jan would come over, he never had time." In June 2001, Jan informed Dick his fiancée Josefine would be coming for a month as a film intern, he had decided to join her and would arrive the first week in August. Bank immediately went into action: the studio was booked, also four rehearsals at Pete's home to finalize and woodshed the material... a total of 20 hours.

Selection of tunes for the session was made by the pianists and the producer. Pete picked "i've never been in love before" and "Summer night". Jan opted for "Strollin'", "The lamp is low" and "You stepped out of a dream", and each selected his own solo piece. Dick Bank chose the remaining five songs while Jan laid out the formatting of "who plays what and when" for all of the tunes. In my opinion, this is the best two-piano album, both musically and technically, ever produced".