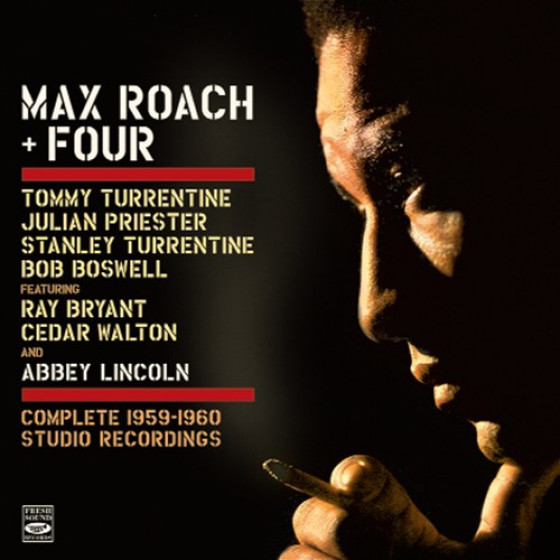 After overcoming the creative crisis brought about by the death of his trumpeter and co-leader Clifford Brown in 1956, and having disbanded his new quintet with Booker Little and George Coleman, Max Roach (1924-2007) kept his faith in the strength of hard bop, and reformed his piano-less group Max Roach Plus Four in 1959.

This time he put his trust in a band of young jazzmen that included the Turrentine brothersStanley and Tommy, on tenor sax and trumpet respectively trombonist Julian Priester, bassist Bob Boswell and, occasionally, pianists Ray Bryant or Cedar Walton.

This 2-CD set gathers the complete studio recordings this group made (except one issued under Tommy Turrentines name) between July 1959 and January 1960, thus giving new life to one of the least known periods in Max Roachs intense jazz career. In addition, the songs featuring Abbey Lincoln catch this exceptional singer in fine form.

"Drummer Max Roach, whose career ranged from the Charlie Parker Quintet to recorded duets with Anthony Braxton, co-led a famous quintet with trumpeter Clifford Brown during 1954-56. After Browns death, he continued heading combos including one with Sonny Rollins. Some of his more overlooked recordings with his Max Roach + Four group are on Complete 1959-60 Studio Recordings (FSR 666).

Most intriguing is hearing tenor-saxophonist Stanley Turrentine during his first jazz recordings; he was already quite recognizable. Also heard on these advanced but swinging quintet and sextet recordings are such notables as trumpeter Tommy Turrentine, trombonist Julian Priester, pianists Ray Bryant and Cedar Walton, and singer Abbey Lincoln (including Afro Blue and Long As Youre Living)."