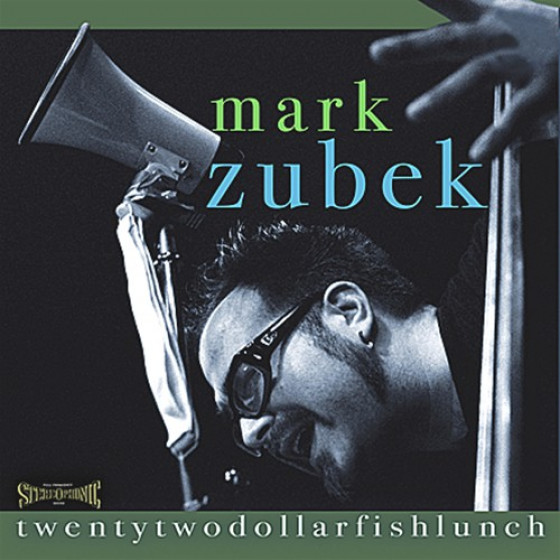 The second release of Toronto-based bass player, songwriter, and producer Mark Zubek epitomizes his many cross-genres skills in the fields of Jazz, Hip-Hop, R&B, and Pop. He is joined by a stellar cast of musiciansIsraeli trumpet player Avishai Cohen, tenor saxophone players Mark Turner and Seamus Blake (both of whom played on Zubek's debut, Horse with a Broken Leg, (FSNT-078), and his brother, drummer Kevin Zubek. Zubek arranged ten well-crafted, original, and sophisticated compositions, with clear and biting themes and spot-on intersecting interplay.

"Zubek sequenced them wisely into a rich narrative that encompasses his many musical references and passions. He left enough room for all of the musicians to articulate their ideas, but all of the compositions revolve around his propulsive playing and the fat sound of his upright bass.
The opening track, "The Angry Giant" outlines Zubek's rhythmically charged method of composing. Led by his up-front muscular bass playing and the precise drumming of Kevin Zubek, both challenge each of the three horn players to comment on the post-bop theme. He moves into a beautiful slow ballad, "Giant Things By The Side Of The Highway," where each of the horn players contribute his sonorous color to the wooden timbre of Zubek's walking bass. "Turkey," "Time Out," and the closing track, "Plastified," demonstrate Zubek's ability to orchestrate his quintet in complex, non-symmetrical scales, showing the affinity between all players and producing some of the most impressive solos by all the horn players, especially by Cohen in a brilliant and powerful stream-of-ideas solo on "Turkey." "Monkey," featuring a quartet with only Cohen and Blake on the horns, references playfully the cyclical, Monkish harmonies.
The three vocal songs, "Paradox," "Better Place," and "Right Between The Eyes," all deal with the vague notion of the meaning of life, "or something," according to Zubek, and all feature clever, hummable themes. All three tracks demonstrate Zubek's pop sensibilities and his clever arrangement of the horns as an R&B brass choir, alternating their sound between a tight brass section and short, nuanced solos. Zubek's thick sounding bass feels organic in the role of the leading instrument.

Zubek's impressive vision and original compositions succeeds in blurring the artificial boundaries between jazz and other popular genres."

Eyal Hareuveni All About Jazz