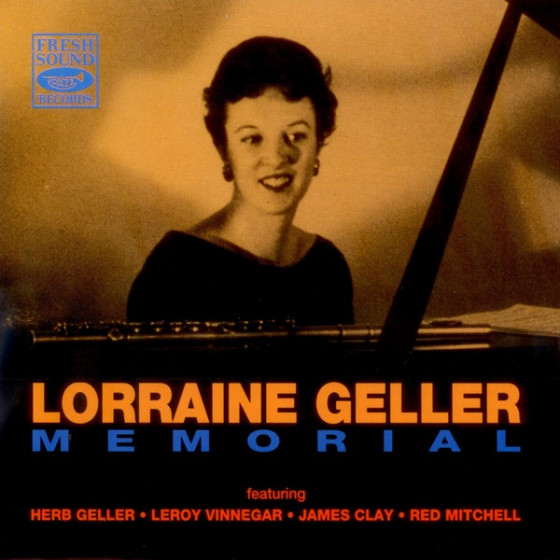 This compilation produced for CD reease by Jordi Pujol

A talented and very promising bop pianist, Lorraine Geller's life was cut short by an unexpected heart ailment (which had no connection to drugs). Early on she played with the all-female big band the Sweethearts of Rhythm (1949-51). After marrying altoist Herb Geller in 1951, she moved to Los Angeles. During the next seven years she played with the who's who of West Coast jazz and bop including Shorty Rogers, Zoot Sims, Stan Getz, Red Mitchell and even Charlie Parker and Dizzy Gillespie. Geller also worked as Kay Starr's accompanist in 1957 and appeared at the first Monterey Jazz Festival.

In 1958, just a month before her sudden death. Lorraine Geller, who had a great deal of unfulfilled potential, recorded three albums with her husband for EmArcy, a few titles with him for Imperial, a Red Mitchell record and made a trio set of her own for Dot in 1954.