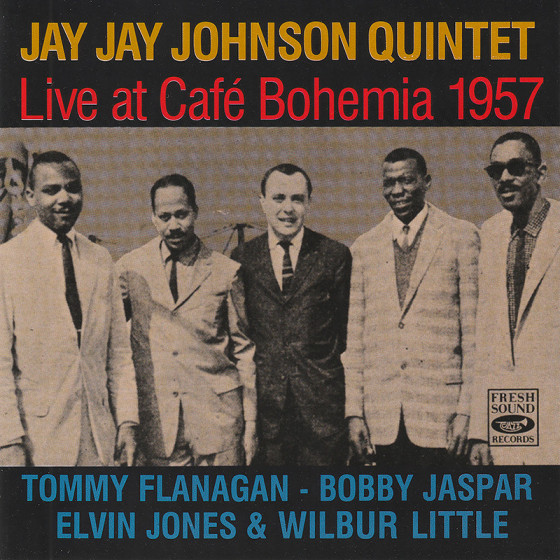 The J.J. Johnson Quintet is heard live during a 1957 broadcast that originated from the Cafe Bohemia in New York City. Having just ended his musical partnership with fellow trombonist Kai Winding, Johnson was now leading an exciting new group with pianist Tommy Flanagan, bassist Wilbur Little, drummer Elvin Jones, and the tragically short-lived tenor saxophonist and flutist Bobby Jaspar. Johnson devours the rapid-fire opener, "Bernie's Tune," then Jaspar is added for his original "In a Little Provincial Town," which features his lyrical flute and some fine muted trombone by the leader. Jaspar is heard on tenor during the intricate arrangement of the bittersweet ballad "Angel Eyes." The group gets an infectious Latin groove going for "Old Devil Moon" and finishes on a blazing note with Johnson's up-tempo cooker, "Daylie Double," which he had recorded for Blue Note just two years earlier. Everyone is in top form and the sound quality is fairly good, so this fine evening of bop is highly recommended.
- by Ken Dryden (AMG).