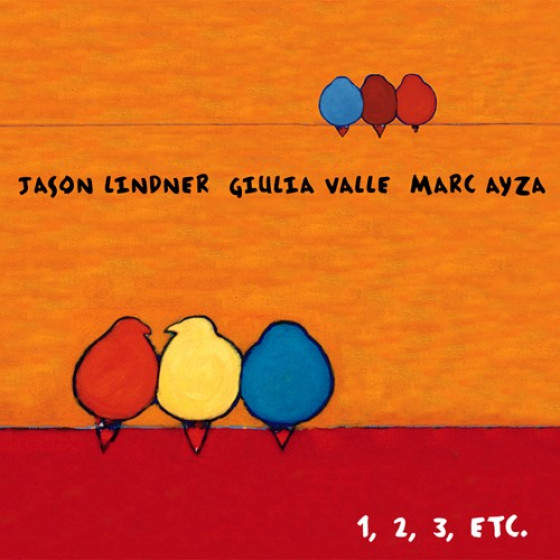 For this dynamic, yet subtle debut release, Jason Lindner (piano), Giulia Valle (bass) and Marc Ayza (drums) have chosen a stunning mixture of jazz standards, pop hits and their own truly original compositions that run from the extremes of Rumba, hip hop and Latin music. The trio is composed of young, exciting musicians from New York and Barcelona and reflects the latest influences in Jazz.

The freshness of the repertoire, as well as the unique interplay of the three members, makes this record an amazing melting pot of the jazz tradition and the modern avant-garde. Don't be afraid to try new sounds, like the ones you¹ll hear on "1, 2, 3 etc."

The piano-led trio continues to be one of the most enduring formats in jazz - witness the rise of Brad Mehldau and Esbjorn Svensson, not to mention the continued popularity of Keith Jarrett's Standards' trio. Bill Evans opened out the format's possibilities at the turn of the 1960s, making music, which was at once melodic and harmonically complex, with often-sublime levels of three-way dialogue. Jason Lindner wisely decides not to stick exclusively to this already congested terrain, and the most memorable moments on his new release occur when he doubles on electric piano. Lindner is probably known at the moment only to those who have been keeping tabs on bassist Avishai Cohen's solo projects, and Cohen's regular boss Chick Corea is a clear influence.

The programme consists of predominantly Latin flavoured themes with a few neo standards, all played in a fairly relaxed, sometimes funky groove. Lindner is given flexible and muscular support from label stalwarts Valle and Ayza, and the electrifying group sound on the Rhodes piano reworking of Monk's Brilliant Corners" is a thoroughly convincing performance, the nearest thing on the disc to a tour de force. Closer to Bob James than to Monk, this is precisely the way in which Lindner can add to the legacy. The Rhodes is employed again to good effect on Claire Fischer's under-recorded Pensativa", avoiding any comparisons to McCoy Tyner's classic reading. Other highlights include Tyner's beautiful Aisha and Stevie Wonder's Don't You Worry 'Bout A Thing".

They work up a sweat on the final track, The End Of A Love Affair", which provides a rousing finale. That Lindner sounds more convincing on electric piano possibly suggests that he is yet to develop the feel and touch required on the acoustic instrument. Nevertheless, this is a promising statement that will reward repeated listens, and hats must come off for his efforts to promote the rehabilitation of the much-maligned electric piano!