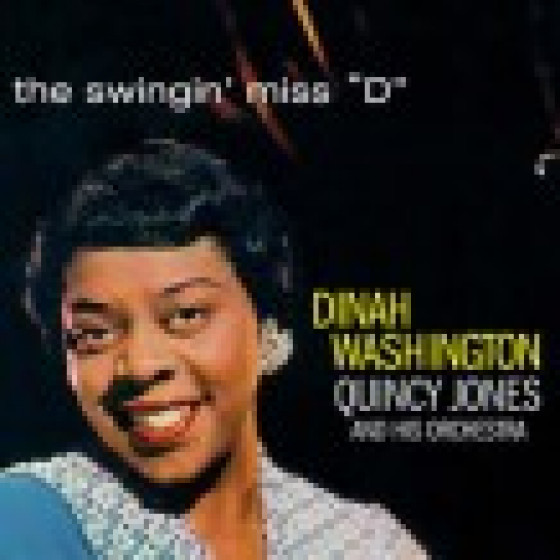 Cut in 1956 with an all-star octet that included Clark Terry, Lucky Thompson and Wynton Kelly, the album explores the full range of the singer's talents, from ballads to blues. As Quincy Jones said "Once she put her soulful trademark on a song, she owned it and it was never the same".

As a bonus, other tunes from the same sessions, as well as seven jazz standards from one of their 1955 dates. Included here are Dinahs wonderful renditions of 'Blue Gardenia' and 'Ill Close My Eyes', which, years later, appeared on the soundtrack of the Clint Eastwood movie "The Bridges of Madison County"

"Dinah Washington was accompanied by an orchestra organized and conducted by Quincy Jones on this original 1957 album, and she was singing to arrangements mostly written by the young bandleader, swing charts of pop standards by the likes of Cole Porter, George Gershwin, and Duke Ellington. The result had much in common with the swing albums of Frank Sinatra in the same period, especially because Jones's arrangements were heavily influenced by Billy May and Nelson Riddle. Sinatra's records were regarded as "pop" of course, and Washington's, at least when released on the EmArcy subsidiary of Mercury Records, as "jazz" but her precise articulation and attention to lyrical meaning left little room for improvisation, and while Jones allowed for brief solos from a band that included Charlie Shavers, Clark Terry, Urbie Green, and Milt Hinton, the jazz categorization was actually arbitrary. Whatever musical genre you assign it to, however, this is an excellent Washington album."


"Dinah had a voice that was like the pipes of life. She could take any melody in her hand, hold it like an egg, crack it open, fry it, let it sizzle, reconstruct it, put the egg back in the box and back in the refrigerator, and you wouldve still understood every single syllable of every single word she sang. Every single melody she sang she made hers. Once she put her soulful trademark on a song, she owned it and it was never the same."