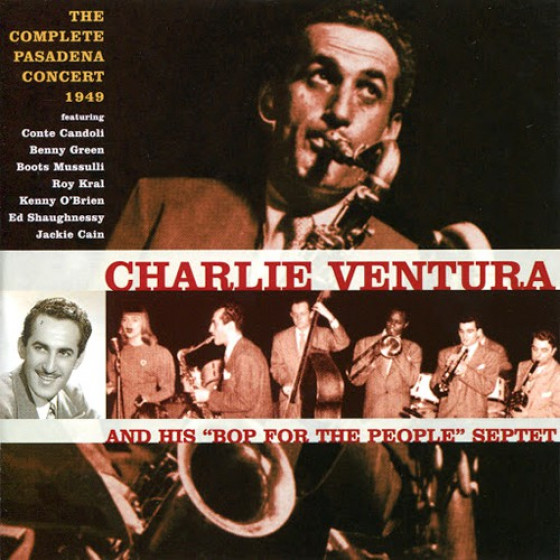 All the music on this CD comes from the Pasadena Concert, an outstanding example of live jazz performed by some of the greatest players of the day. The recording quality is little short of miraculous. Gene Norman told Los Angeles-based producer Dick Bank years later that he called RCA because Charlie Ventura was under contract with them, asking if they'd be interested in recording the concert.

They sent technicians plus tape machines. But they didn't published the result and sold him the tapes for 100$. For this price, he purchased one of the greatest jazz concert ever recorded. You can hear it now for the first time in his complete version.

Recorded live at the Pasadena Civic Auditorium, May 9, 1949