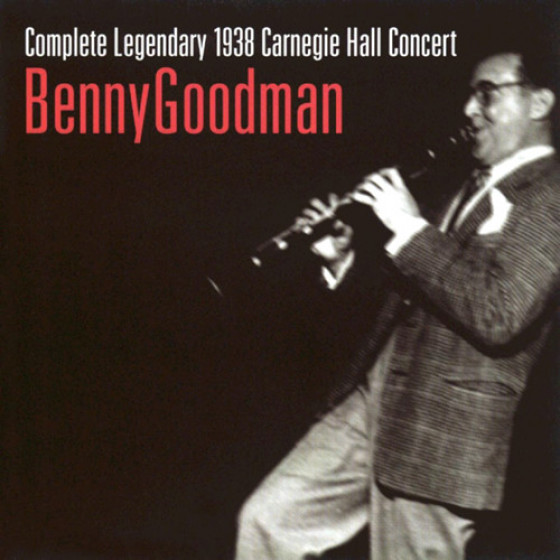 Masterpiece live performance of the pioneer of the jazz concerts. Includes comprehensive discography and list of arrangers and soloists. Newly remastered.

"There was a lot riding on the Benny Goodman band's 1938 performance at Carnegie Hall; perhaps the future of jazz itself. It was the first time jazz had been presented on the stage of a major concert hall instead of in a club or bar, and all eyes were on Goodman and company to see if the "legitimization" of swing would hold or falter. Fortunately for us, and for all jazz musicians and fans since then, it held fantastically. One of the most fateful moments in jazz history can be heard here as well; when uberdrummer Gene Krupa senses the band's nervousness in the first tune "Don't Be That Way," you can hear him rouse the troops with a grand-standing drum break that sparks the whole group to lofty heights and gets them over the hump. Goodman's swinging interaction here with the likes of Teddy Wilson, Lionel Hampton, and Harry James would be cause for celebration by itself, but an additional jam session featuring members of the Ellington and Basie bands really puts this historic two-disc gem over the top. To add to the embarassment of riches, this release marks the first time the concert has been heard in its entirety, thanks to the yoemanlike efforts of jazz expert/producer Phil Schaap."