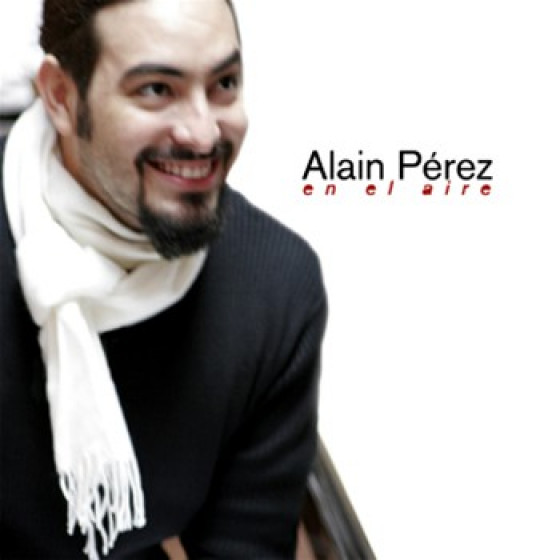 Bassist, singer and multi-instrumentalist, Alain Pérez was part of the original Chucho Valdés Quartet that recorded on Blue Note Records. At the age of 28, he is the bassist of the renowned Paco de Lucia sextet and for the flamenco singer Enrique Morente. He is also part of the new Jerry Gonzalez quartet. He also has an extensive career as producer, having done productions for companies such as Sony Music (Celia Cruzs most recent recordings) and the most recent production of Calle 54 Records. In 2002, he won the award for best Latin Jazz composition from SGAE with his theme En el Aire.

All compositions by Alain Pérez, except #5 by Charlie Parker and #6 by B.J. Gutiérrez

All arrangements by Alain Pérez

Ending up in Spain was, as he puts it, not premeditated. I arrived in the country with Issac Dalgado, and we recorded the album La Primera Noche here. Later, I recorded my first album, El Desafí'o. Then I fell in love with flamenco, and began working with artists like Niño Josele, Enrique Morente and Javier Limón. Later came my work with Paco de Lucía. Flamenco is one of the strongest music cultures in the world. It is so packed with feeling.

On En El Aire, Pérez returns to the style that captured his soul when he performed with Irakere. I try to compose for my Muse, but when she doesnt come, I search for colors and images that will suggest a certain path, he comments. Harmony is food for the melody, and as I am a rumbero, the end comes through the clave (the rhythm).
Very humbly, I consider myself to be versatile, and life has given me proof that one has to be subservient to their instincts. His instincts are keen not only in his role as a composer and arranger but on the electric bass, an instrument infrequently heard as a primary solo voice on Latin jazz recordings.

The albums title track is an eye-opener. The horn section ignites a brazen unison attack, sketching the melody with fiery intensity while trap drummer Georvis Pico matches the energy with thunderous accents and crisp cymbal work. Pérez floats easily in the background, adding a thick undercurrent of harmonic counterpoint. When he solos, the instruments guitar persona takes over and his melodic, his technically daunting style reflecting the influence of Pastorius, Wooten, Stanley Clarke and other giants of the electric bass tradition. When trumpeter Carlos Sarduy enters for his solo, Pérez retreats, but not far; his intricate, undulating line adds yet another arresting sonic detail to the arrangement. The ballad Descansa El Sol (The Sun Rests) presents another side of Pérezs personality as he basks in the melodic beauty of the piece, laying down a pensive, evocative solo while engaging in subtle interplay with saxophonist Inoidel Gonzáles and Javier Massó on Fender Rhodes.

The session features the talents of some of Cubas best young instrumentalists, including pianist Iván "Melón" González Lewis, known for his work with singer Issac Delgado and saxophonist Román Filiú. The tracks reflect traditions that were passed on to him by his family (Sabor De Mi Rumba) and the bold, vigorous attitude that defines the cutting edge of todays Cuban jazz tradition and represents an extension of the stylistic path identified by Irakere three decades ago (Charlie Parkers Donna Lee). On A Mi Abuelo Tata (To My Grandfather Tata), he quotes in his bass solo the old Cuban folk tune Guantanamera. It is a particularly touching moment on a session packed with energy and innovation. Interestingly, despite his flair for harmonically and rhythmically bold arrangements and his highly refined improvisational abilities, Pérez shies away from proclaiming allegiance to the jazz world. I dont consider myself a jazz musician, he states frankly. My sound is an extension of all of the time that Ive been developing as an artist, and that includes many influences. Above all, Im a Cuban musician.